What technologies should be implemented to reduce the possibility of overpopulation on Earth?

What technologies should be implemented to reduce the possibility of overpopulation on Earth? 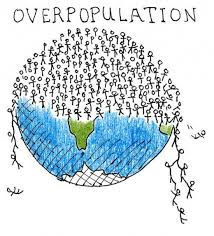 These are 9 technologies that can help us manage a crowding world.

More people than ever are living in disaster-prone areas worldwide and those numbers will increase as the population grows. Good disaster action plans and smart construction can save lives and money. Growing communities should know the risks in their areas and build accordingly. These resources can help.

To use resources more frugally as the world becomes crowded, we’ll need buildings that move air and regulate their temperatures passively and that reuse waste water and even generate their own power. Those improvements don’t need to be expensive, either. Building with compressed-earth blocks and other temperature-regulating materials is low-cost and it will make a difference. Housing materials and design will be essential solutions to population growth.

Telemedicine is the emerging field of healthcare using cheap communications via the Internet and SMS to allow experts to gather data and diagnose patients remotely without seeing them in person. Technology in this field usually hinges on mobile phones and devices that attach to their cameras, such as microscopes, or otherwise link to the phone to take measurements and send the data to experts who can analyze it. That kind of care is lowering costs in developing countries now and it could become more important as populations rise.

Reusing our waste will be increasingly important in the new world of 9 billion people. The search for the next thing in toilets is on, but existing toilet designs should take a leading role in sanitation in the future. Composting toilets are a double-pronged solution: They improve hygiene and reduce the spread of diarrheal disease, and they can fertilize crops.

Worldwide, nearly 800 million people lack access to safe drinking water today. As the population increases, we will need more fresh water for farming and drinking than ever before. To make sure everybody can drink enough, desalination may become much more important.
Here are a few ideas for removing salt and other impurities from water.

Irrigating a farm can double the amount of food it produces. In spite of that potential only 20 percent of farmland worldwide is irrigated, says the UN Food and Agriculture Organization. To feed a growing population without plowing over all of the world’s natural areas, we will need better irrigation. Drip irrigation conserves water and energy. Combined with low-cost pumps, it can be affordable for impoverished farmers.

In the picture at the left, for example, the mud silos in the bottom row store dried maize well in dry climates and can prevent loss to insects and theft better than the bins in the upper row.

Training farmers to build storage facilities from local materials saves post-harvest losses.
Increasing crop production doesn’t make sense unless we can stem the huge loss of food after the harvest, says Sam McNeill, an agricultural engineering associate professor at the University of Kentucky. Post-harvest losses to rot and pests range from 10 to 40 percent, McNeill says. He and his colleagues have developed improved grain storage facilities, each tailored to the regions where they serve. Storage will be one of the often-overlooked solutions to population growth.

As the world needs more food in the coming decades, cities might need to grow more of their own. That can be a good thing if urban farming creates green spaces in cities. Two ideas have emerged for high-powered urban farming: Vertical farms and rooftop farms.
Vertical farms are hydroponic farms inside multi-storied buildings, a concept championed by Dickson Despommier, an environmental health professor at Columbia University.
Rooftop farms have already gained popularity on some apartment buildings in cities around the world. Taking the idea a step further, Natalie Jeremijenko, an environmental health professor at New York University has designed farming pods for rooftops. The pods integrate with the housing below to improve indoor air quality, treat waste water and regulate
Share this article :