Modern technological innovations, smart materials, new construction technology, movable ingredient and remote control structures have led to many developments and numerous imitations. Technical inventions seem to be the point of departure for a new sequence of ideas. Industrial achievements, High tech and contemporary details have flexibility and changeability of forms, and point to a dynamic-active condition. The moving components of buildings give a unity of expressions to the design procedure. At the present time, buildings display distinguished facades and features. Stadiums, Bridges, Museums, Stations, etc, have obtained a technological identity. 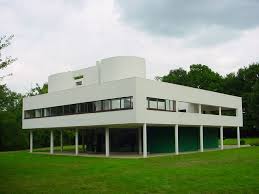 
Technology creates new forms and new shapes of materials, constructions and presents a new architectural style based on these new forms. This architectural style is very different from previous generations in form parameters and visionary models. Ultimately, nowadays architecture has its unique characteristics which are derived from the latest and most developed instruments. A new wave of architectural projects in the world has brought back the question of aesthetics and technology. Although the aesthetics of handmade is base, technology appears as a generative force in new aesthetic explorations and qualities in buildings. It is important to note that the technical elements on show to create the industrial aesthetic are not purely there for aesthetic purposes as well. 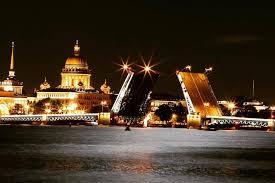 Technology and Aesthetics:
On the other hand, the industrial Revolution made possible new forms in architecture, although
some critics might call them engineering rather than art. The development of new kinds of architecture
was advanced by the use of iron, steel and later concrete. In about 1855 Henry Bessemer invented a
new method of making steel in quantity so that it could be used profitably for large building
components . The most important movement in appearing new architectural style was increasing
used of glazing in 20th century buildings.