Should pay be determined by an individual’s marital or family circumstances? 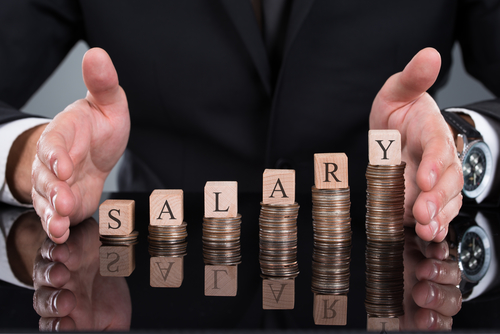 Salary range is the range of pay established by employers to pay to employees performing a particular job or function. Salary range generally has a minimum pay rate, a maximum pay rate, and a series of mid-range opportunities for pay increases. The salary range is determined by market pay rates, established through market pay studies, for people doing similar work in similar industries in the same region of the country. Pay rates and salary ranges are also set up by individual employers and recognize the level of education, knowledge, skill, and experience needed to perform each job.The salary range should reflect employer needs such as the overlap in salary ranges that will allow career development and pay increases without promotion at each level. It also considers the percentage of increase the organization will offer an employee for a promotion.

The 7 factors employer look at to determine salaries

The deciding on salary employer just not only look to the employee an individual’s marital or family circumstances. But the salary paid must be living wages employee basic needs have to be met. The most most important factor to be taken into consideration is cost of living. So  the employee an individual’s marital or family circumstances is taken into account while deciding on employee cost of living. There are some other factors have to be taken in to consideration like PEST analysis. The employer should not discriminate any employees when deciding salary. The salary package provided to employees should be competitive to meet attract the talent people while retaining existing employees. The salary paid should motivate workforce to achieve business objectives.