Robots and other programmed machines: how will they influence the life on Earth? 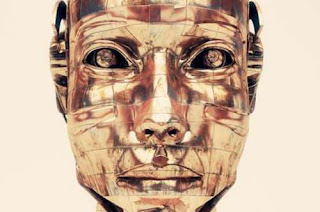 Robots can do a lot for us: they can explore space or they can cut our toenails. But do advances in robotics and artificial intelligence hold hidden threats? Three leaders in their fields answer questions about our relationships with robots.
The origins of robotics go back to the automata invented by ancient civilizations. The word robot entered our vocabulary only in 1920 with Czech writer Karel ?apek's play R.U.R (Rossum's Universal Robots). Over the past 20 years robots have been developed to work in settings that range from manufacturing industry to space. At Cambridge University, robotics is a rapidly developing field within many departments, from theoretical physics and computing to engineering and medical science.

What can robots do for us?

Robots have two very different roles. The first is to operate in locations that humans can't reach, such as the aftermaths of accidents in mines, oil-rigs and nuclear power stations. The second, also deeply unglamorous, is to help elderly or disabled people with everyday life: tying shoelaces, cutting toenails and suchlike. Moreover, if robots can be miniaturised, they can perhaps be used inside our bodies for monitoring our health, undertaking surgery, and so forth.

Up till now, the advances have been patchy. For at least the last 30 years, we've been able to buy for a few pounds a machine that can do arithmetic faster than our brains can. Back in the 1990s IBM's 'Deep Blue' beat Kasparov, the world chess champion. And more recently a computer called 'Watson' beat human challengers in a verbal quiz game on television. But robots are still limited in their ability to sense their environment: they can't yet recognise and move the pieces on a real chessboard as cleverly as a child can. Later this century, however, their more advanced successors may relate to their surroundings (and to people) as adeptly as we do.