Is there a possibility of human clones’ invention? 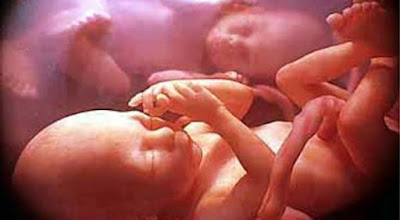 The world of science and the public at large were both shocked and fascinated by the announcement in the journal Nature by Ian Wilmut and his colleagues that they had successfully cloned a sheep from a single cell of an adult sheep (Wilmut 1997). Scientists were in part surprised, because many had believed that after the very early stage of embryo development at which differentiation of cell function begins to take place, it would not be possible to achieve cloning of an adult mammal by nuclear transfer. In this process, the nucleus from the cell of an adult mammal is inserted into an ennucleated ovum, and the resulting embryo develops following the complete genetic code of the mammal from which the inserted nucleus was obtained. But some scientists and much of the public were troubled or apparently even horrified at the prospect that if adult mammals such as sheep could be cloned, then cloning of adult humans by the same process would likely be possible as well. 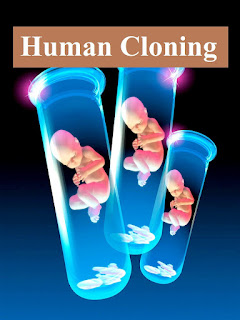 Around the world similar immediate condemnation was heard, as human cloning was called a violation of human rights and human dignity. Even before Wilmut’s announcement, human cloning had been made illegal in nearly all countries in Europe.
A few more cautious voices were heard, both suggesting some possible benefits from the use of human cloning in limited circumstances and questioning its too quick prohibition, but they were a clear minority. In the popular media, nightmare scenarios of laboratory mistakes resulting in monsters, the cloning of armies of Hitlers, the exploitative use of cloning for totalitarian ends as in Huxley’s Brave New World, and the murderous replicas of the film Blade Runner, all fed the public controversy and uneasiness. A striking feature of these early responses was that their strength and intensity seemed to far outrun the arguments and reasons offered in support of them— they seemed often to be “gut level” emotional reactions rather than considered reflections on the issues. Such reactions should not be simply dismissed, both because they may point us to important considerations otherwise missed and not easily articulated, and because they often have a major impact on public policy. But the formation of public policy should not ignore the moral reasons and arguments that bear on the practice of human cloning— these must be articulated in E-4 order to understand and inform people’s more immediate emotional responses. This paper is an effort to articulate, and to evaluate critically, the main moral considerations and arguments for and against human cloning. Though many people’s religious beliefs inform their views on human cloning, and it is often difficult to separate religious from secular positions, I shall restrict myself to arguments and reasons that can be given a clear secular formulation and will ignore explicitly religious positions and arguments pro or con. I shall also be concerned principally with cloning by nuclear transfer, which permits cloning of an adult, not cloning by embryo splitting, although some of the issues apply to both (Cohen and Tomkin 1994).

Conclusion I begin by noting that on each side of the issue there are two distinct kinds of moral arguments brought forward. On the one hand, some opponents claim that human cloning would violate fundamental moral or human rights, while some proponents argue that its prohibition would violate such rights. On the other hand, both opponents and proponents also cite the likely harms and benefits, both to individuals and to society, of the practice. While moral and even human rights need not be understood as absolute, that is, as morally requiring people to respect them no matter how great the costs or bad consequences of doing so, they do place moral restrictions on permissible actions that appeal to a mere balance of benefits over harms.
Reference: https://www.theguardian.com/science/2013/may/18/human-cloning-heart-disease-genes