How The Milky Way’s Planets’ Orbits Will Change In The Next Century? 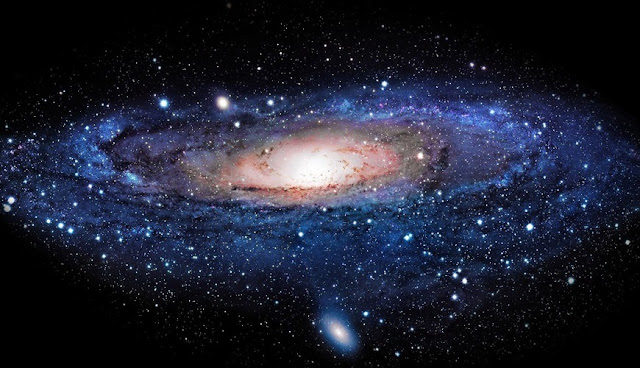 The galaxy of which the sun and the solar system are a part and which contains the myriads of stars that create the light of the Milky Way.It is a barred spiral galaxy with a diameter between 150,000 and 200,000 light-years. It is estimated to contain 100–400 billion stars and more than 100 billion planets.

Changes in earths orbits in the past

On January 3rd, 2019, Earth reached the point in its orbit where it's at its closest approach to the Sun: perihelion. Every object orbiting a single mass makes an ellipse, containing a point of closest approach that's unique to that particular orbit, known as periapsis. For the past 4.5 billion years, Earth has orbited the Sun in an ellipse, just like all the other planets orbiting their stars in all the other mature solar systems throughout the galaxy and Universe.
Earth's orbital path doesn't remain the same over time, but spirals outward. This year, 2019, our perihelion was 1.5 centimeters farther away than it was last year, which was more distant than the year before.
If the central mass were unchanging, and were the only factor at play, the force of gravity would remain constant over time. Every orbit would continue in a perfect, closed ellipse forever, and would never change.


Just 800 years ago, perihelion and the winter solstice aligned. Due to the procession of Earth's orbit, they are slowly drifting apart, completing a full cycle every 21,000 years.

Ø  The additional curvature of space-time due to General Relativity, which causes planets near to a large mass to undergo additional procession,

Ø  The presence of matter particles in the plane of the Solar System, which causes drag on the planets and creates an in spiraling phenomenon,

Ø  The creation of gravitational waves, which is what happens when any mass (like a planet) passes through a region where space-time curvature is changing (such as near a star), also causing an in spiral. 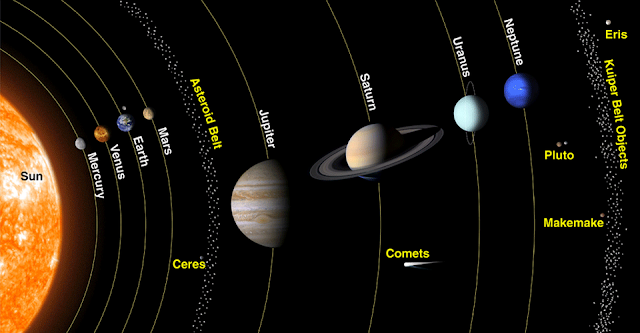 How is it spiraling?

Overall, the Earth isn't even spiraling in toward the Sun; it's spiraling outward, away from it. So are all the planets of the Solar System. With every year that goes by, we find ourselves just slightly — 1.5 centimeters, or 0.00000000001% the Earth-Sun distance — farther away from the Sun than the year before.
As time goes on, the helium-containing region in the core expands and the maximum temperature increases, causing the Sun's energy output to increase.
Every second, the Sun emits some 3.846 × 1026 joules of energy, which are released via the conversion of mass into energy in the core. Einstein's E = mc2 is the root cause, nuclear fusion is the process, and the continuous emission of energy from the Sun is the result. This energy is the underlying process that powers practically every biologically interesting process occurring on Earth.
The planets of the Solar System, shown to the scale of their physical sizes, all orbit according to certain specific rules. As the Sun loses mass as it burns through its nuclear fuel, the rules remain constant but the orbits themselves change. Over the history of the Solar System, our Sun has lost 0.03% of its original mass: approximately the mass of Saturn.
On a year-by-year basis, the Sun loses some 4.7 million tons of matter, which lessens the gravitational pull on every object in our Solar System. It's this gravitational pull that causes our orbits to behave as we know them to behave.
Observations using the Atacama Large Millimeter/sub-millimeter Array (ALMA) have revealed an unexpected spiral structure in the material around the old star R Sculptoris. This feature has never been seen before and is probably caused by a hidden companion star orbiting the star, one of the many unexpected scientific results to emerge from ALMA. In general, unexpected results can be harbingers of new physics or physical systems, and are often the most interesting results nature has to offer.
In the case of the Solar System, though, it would be a shock if the Earth and all the planets weren't spiraling away from the Sun. The story of why we must be spiraling away from the Sun is so simple and compelling that it's impossible to ignore.

It’s difficult to say the exact changes in planets orbits in the next century but we know we're getting closer to the Sun, every year, then we'll ever be again. This is true for every planet around every established star in the Universe, too, giving us one more reason to appreciate all that we have today.
Share this article :