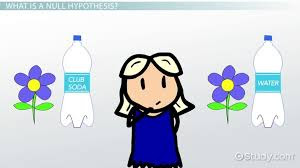 Direct hypothesis states how a person thinks the result will be. The hypothesis compares two variables/groups or conditions and states which one will have quicker or slower, more or less and etc. Example of an experiment study: the study may state that the participants who were sleep deprived for 24 hrs will have more cold symptoms in the following week after exposure to a virus than the participates who were not sleep deprived.