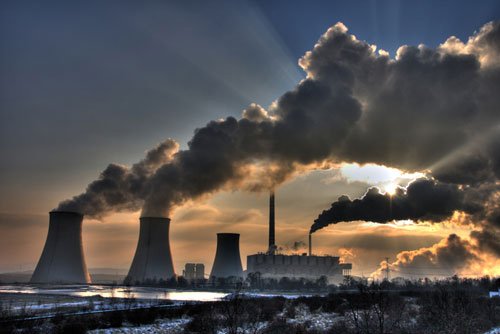 Introduction
Pollution prevention (P2) is any practice that reduces, eliminates, or prevents pollution at its source. P2, also known as "source reduction," is the ounce-of-prevention approach to waste management. Reducing the amount of pollution produced means less waste to control, treat, or dispose of. Less pollution means less hazards posed to public health and the environment.
Pollution prevention is very important because; Pollution prevention reduces both financial costs (waste management and clean-up) and environmental costs (health problems and environmental damage). Pollution prevention protects the environment by conserving and protecting natural resources while strengthening economic growth through more efficient production in industry and less need for households, businesses and communities to handle waste.
Today aim going to discuss How Businesses Can Prevent Environmental Pollution. While manufacturing and building businesses are no strangers to pollution and waste, Environment is the surroundings in which we live. But the contamination of our environment by pollutants is environmental pollution. The current stage of the earth that we are seeing is the cause of centuries of exploitation of earth and its resources. Moreover, the earth cannot restore its balance because of environmental pollution. The human force has created and destroyed life on earth. Human plays a vital role in the degradation of the environment. Besides, it also affects the body system and body organs.
Effects on Land, Soil, and Food
Human’s organic and chemical both waste harm the land and soil with its decomposition. Also, it introduces some chemical in the soil and water. Land and soil pollution mainly caused by the use of pesticides, fertilizers, soil erosion, and crop residues.
Effect on Water
Water gets contaminated easily with any pollutant whether it is human waste or chemical discharge from factories. Also, we use this water for irrigation of crops and drinking. But, because of infection they become contaminated too. Besides, an animal dies because they drink this same contaminated water. Moreover, around 80% of pollutants of land such as chemical, industrial and agricultural waste end up in the water bodies.
Besides, these water bodies ultimately connect to the sea which means it indirectly pollutes the biodiversity of the sea.
Effect on Food
Because of contaminated soil and water, the crop or agricultural produce also get toxic. Furthermore, this contaminated food effect our health and organs. From the beginning of their life, these crops are laced with chemical components that reach a mass level until the time of harvest.
Effect on Climate
Climate change is also a cause of environmental pollution. Also, it affects the physical and biological components of the ecosystem. Moreover, ozone depletion, greenhouse gases, global warming all these climate changes are a cause of environmental pollution. Besides, their effect can be fatal for our upcoming generations. The irregular extreme cold and hot climate affect the ecological system of the earth. Furthermore, some unstable climate changes are earthquakes, famine, smog, carbon particles, shallow rain or snow, thunderstorms, volcanic eruption, and avalanches are all because of climate change that happens all because of environmental pollution.
Did you know out of the 20 most polluted cities in the world, 13 of them are in India? Environmental pollution is one of the most dangerous problems the entire world is currently facing. It is time to come up with a solution to our environmental issues or it will face some serious consequences. Let me take a look at the various types of pollution. 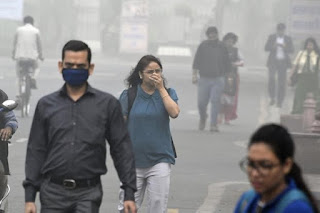 ·    Water Pollution: With the natural water resources depleting day by day, water is a scarce commodity. But, even in these times, the water sources are polluted by pollutants from various sources, making them unfit for human consumption.
·     Garbage Pollution: When we do not adhere to proper waste disposal mechanisms, waste accumulates, causing garbage pollution. So the only way to address this issue is to ensure a proper waste disposal system that does not contaminate the environment.
·   Air Pollution: When the atmosphere is filled with toxic gases released as result of industrial or other economic activities, it results in polluting the atmosphere and the air in the environment. This is nothing but air pollution.
Let’s see what the researchers say above the regarding topics; we all know air pollution is a major killer, research from the World Health Organization (WHO) is shocking. In 2012 alone, 7 million people died as a result of exposure to indoor and outdoor air pollution, one in eight of total global deaths. This finding more than doubles previous estimates and confirms that air pollution is now the world’s largest single environmental health risk. The WHO data reveals a stronger link between indoor and outdoor air pollution exposure and cardiovascular diseases, such as strokes and ischaemic heart disease, as well as between air pollution and cancer. This is in addition, the WHO research explains, to the already proven link between air pollution and respiratory diseases, including acute respiratory infections and chronic obstructive pulmonary diseases. In cities across the world, pollution is becoming an alarming problem. This is very true. In homes, offices, schools, hospitals, public buildings and other buildings, where we spend so much of our time, the air that we breathe may be harming us. In offices, it can cause increases in sickness absenteeism and dent productivity as well. In the case of outdoor air pollution, WHO estimates there were 3.7 million deaths in 2012 from urban and rural sources worldwide.
A study by William Fisk from the Californian Lawrence Berkeley National Laboratory concluded that better indoor air quality boosted worker productivity by 0.5% to 5%, leading to estimated savings of between $20 billion to $200 billion per year. In schools, teachers on sick leave can mean missed lessons and so on. The problem is far reaching.
Apart from government policy, there is a need for businesses to design products and services to meet the world’s ever growing social and environmental needs. We need to think of new ideas to deliver the most basic of human rights, clean air.
Reducing pollution
There are many things you can do to reduce your impact on the environment. If we all use energy, transport and other goods and services more carefully, we can reduce harmful emissions to our air, land and water. Everyday choices have the power to make a difference, and help protect our environment for a clean and sustainable future. The choices that we make every day can help to make a difference.
These are just a few small changes you can make to reduce your household's impact on the environment.
Industry can use NPI data to improve manufacturing processes, and can benchmark their emissions against similar facilities. Annual reporting also assists industry in documenting progress in reducing emissions and provides a measure of current environmental performance. One of the main goals of the NPI is to encourage facilities to use cleaner production techniques to reduce substance emissions and decrease waste. Reporting facilities have the option of reporting on cleaner production activities and pollution control developments that they have undertaken during the reporting year.The Carter Harvey Holt particle board mill in Tumut, New South Wales has implemented several emission reduction activities resulting in decreased emissions and better management of waste.
In the NPI summary report of sixth year data 2003-04, the Toyota vehicle manufacturing facility in Altona Victoria is provided as a success story for innovative solutions introduced to help reduce substance emissions.
Governments can use NPI data to assist with environmental planning and management. NPI data is often used in the preparation of State of the Environment reports, and to support initiatives which help protect the environment.
Conclusion
Environmental pollution is a major problem in different parts of the world, which requires the policy makers to employ some mitigation strategies. The developed economies such as the United States contribute significantly towards environmental pollution because of the high number of factories and industries that release harmful gases into the atmosphere. These economies consume energy heavily, thus leading to environmental pollution. This shows that depletion of natural resources in these countries is very high. The emerging economies also contribute significantly to environmental pollution, but lesser than the developed ones. The developing economies such as Ethiopia pollute the environment at a slower rate than the developed economies. These countries have fewer factories and industries, which make them to release lesser harmful gases into the atmosphere as compared to other countries. However, poverty rates in these countries are higher than developed countries because of the few employment opportunities. It is important to regulate the rates at which countries pollute the environment in order to prevent its harmful effects such as global warming.
Above all, if we wish to survive and continue our life on earth then we have to take measures. These measures will help is securing our as well as our next generation future.