Biases that can pertain to promotions? 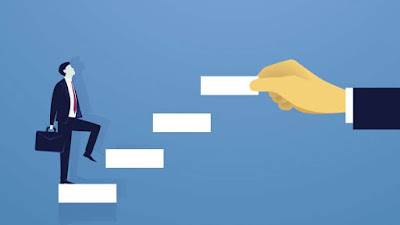 Introduction
Inequality takes place in every workplace in numerous amount. Often biases are from outside their conscious awareness. Most of the time they will not admit to the bias. I does not matter how managed or well-intentioned the employer/employee is bias cannot be eliminated.
Promotional bias is when the manager or the top level supervisor who has the power has subtle prejudice that affect the decision of the promotion. Often in the workplace female staff are discriminated against in the promotional process due to gender biases. According to Jacob (1992), for the past 20 years women in management has increased but they did not hold level of authority or salary equivalent to the male workers.
Sometimes one of the most powerful characteristic affecting occupational outcome is physical appearance. Certain studies have shown that attractive people are more likely to be favored in the work place over equally qualified unattractive people in hiring decision making and promotion. But when hiring for a masculine type job attractive people were chosen as less qualified over less attractive people. Heliman (1983) tried to explain the effects of gender and attractiveness can be both sided.  The attractive person the manager hired is more feminine than the unattractive women. As a result to this the attractive person is poorly judged in terms of skills or abilities and managerial roles.
In order to analyze the biases pertain to the promotion, an article written by will be discussed. The research method used by the authors and how they collected their data and the tables shown in the article will also be discussed.

Research methodology
For their data collection the participants were 46 male and 66 female financial-institution supervisors and managers who attended any of four routine regional meetings. Each participant's managerial experience was operationalized as the number of performance reviews completed during his or her career. The number of performance was highly correlated to one another in relation to experience and number of employees hired.

Data Analysis
According to the research article selected for the discussion, they conducted two multiple analysis of variances to determine the attractiveness and gender on ratings for suitability to hire. After the analysis the results from the two analysis were highly similar. There were significant main effects of both attractiveness and applicant gender.

Note: The ranges in number of performance reviews completed for the low (n = 37), moderate (n = 37), and high (n = 38) experience levels were 0-2, 3-20, and 20-100+, respectively. For ratings of suitability for hire, 1 = strongly recommend to reject and 9 = strongly recommend to hire. For ratings of expected progression to executive vice president, 1 = very sure will not be promoted to executive vice president and 9 = very sure will be promoted to executive vice president. Means with the same subscript differ significantly using a modified Nonferrous wherein test vise Type I error rate was not greater than .0125. Uppercase and lowercase subscripts designate row and column comparisons, respectively.

For the analysis of table 2 also they used the regression analysis were used. However, in this case, tests involving the between-subjects variable of manager gender differed in power because of differences in the number of participants per condition.
As for the female managers large attractiveness bias was evident for the low and moderate level of experience. Whereas for male there were very small amount of judgement bias in favor of highly attractive candidates regardless to their experience. However these bias analysis were not confirmed because of the limited candidates.

Table 3: Ranking Da/a for All Managers

Note: The values in each cell represent the number of managers who assigned the designated ranking to a given candidate. N = 112.

Conclusion
Bias takes place at every level of the hierarchy, at every department among managers at hire level or at promotion level. According to the above analysis and discussion usually promotions are affected because of the gender bias in the workplace. Some organizations give more importance to the attractiveness and appearance of the employee than their qualifications and experience. a