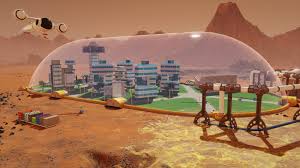 Scientists researching the way how plants grow, possibilities of water and oxygen.  After lots of research they announced they found an evidence of water. But does the water means there is a life or can we turn the water into breathable oxygen?  In this article we will see some technologies scientist should develop for people those who want to live in mars.

In order for humans to live there, a few things would have to happen. First off, its climate is inhospitable with an average temperature of minus 80 degrees Fahrenheit and radiation is one of the biggest problems. So, we'd have to find a way to protect us. Scientist can design spacecraft with a strong magnet/magnetic field to help deflect radiation and protect astronauts on the trip to mars.

Next  to survive the lack of air pressure and the cold, humans will need pressurized and heated habitats. We need a spacesuit whenever we go outside. we’ll need to figure out how to extract water from underground supplies, and use that to generate breathable air and rocket fuel. And once we’ve reduced the risk of suffocation or dying of dehydration, we’ll need to consider food sources, as we’ll be outside the delivery area of everyone except Planet Express. Care packages could be shipped up from Earth, but that’s going to come with a hefty price tag.

Finally, to take things to the next level, humanity could make a few planetary renovations. Basically, we could change Mars itself through the process of terraforming. To do this, we’ll need to release megatons of greenhouse gasses to warm the planet, unleashing the frozen water reserves. Perhaps we’ll crash a few hundred comets into the planet to deliver water and other chemicals too.