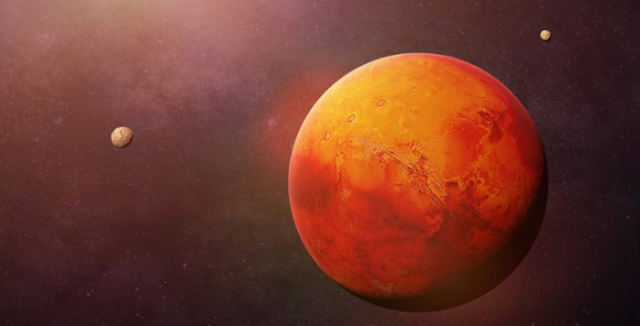 The National Aeronautics and Space Administration (NASA) and other aerospace corporations are working to send humans to Mars by the 2030s. Beyond just exploring Mars, the ultimate goal is to stay there for months. But when astronauts arrive, living on the Red Planet could be harder than the trip itself. So, what are some things the first astronauts should prepare for?

It is farther away from the Sun than Earth. Sunlight and heat reaching the Red Planet is a lot less than what Earth gets. Also, the Martian atmosphere is not as thick as Earth’s atmosphere, which keeps our planet warm. Living in Mars will require special habitats that can provide warm temperatures (and breathable air).

NASA announced the discovery of flowing water on the red planet. There is evidence of water on Mars’s soil and atmosphere, and astronauts may be able to extract it.

Mars’s atmosphere consists mostly of carbon dioxide, an essential gas for plant survival, and Martian soil has the essential nutrients plants need to survive. But because the availability of these nutrients may vary depending on where astronauts land, the soil may need to be fertilized.

Mars has no magnetosphere, and its atmosphere is over 100 times thinner than Earth’s atmosphere. Astronauts will need special habitats, suits, and machines that will protect them from radiation, which otherwise could cause cancer.