What is Meant by Sovereignty? 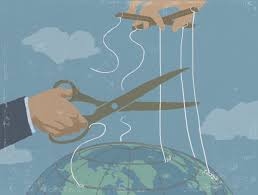 Sovereignty is a term that is used to refer to the independence and autonomy of modern nation states. Unlike earlier ages where countries were ruled by Kings in historic times and by colonial powers in the 18th and 19th centuries, sovereignty refers to the fact of absolute independence and autonomy that nation states have with respect to the decisions taken by them in matters concerning their community.

Sovereignty means that nation states are free to decide for themselves about the kind of democracy that they want, the kind of rulers that they want, and their policies internally and externally. Often, the concept of sovereignty is raised to define the distinction between taking decisions on their own by nation states and resisting external pressures to power the decision-making process. In this respect, sovereign nations are expected to be autonomous and independent when they pursue policies that are in their interest and their people’s interest and not according to the dictates of a foreign power.