The Structure of the Maldives Judicial System. 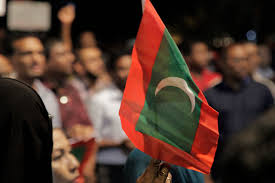 The Maldivian court system can be envisioned as a hierarchical system which can be divided into three tiers. The first tier consists of the Supreme Court, the second tier consists of the High Court, and the third tier consists of the superior courts and lower courts. The superior courts consist of: the Criminal Court; the Family Court; The Drug Court; the Civil Court; and the Juvenile Court, and are located in Male’. The lower courts consist of magistrate courts which are located in each of the country’s inhabited islands. Listed below are descriptions about the Supreme Court, the High Court and the Superior Courts that currently function in the Maldives:
THE SUPREME COURT
The Supreme Court is responsible for overseeing the bureaucratic management of the entire Maldivian court system.
THE HIGH COURT
High Court has the power to appeal cases that are put forward to the court to deliberate upon, and to interpret laws, it should be noted that the ultimate authority on all such matters rest with the Supreme Court.
Criminal Court:
The Criminal Court is mandated with looking into criminal matters, with the exception of criminal activity committed by children (in which instance, the juvenile court would deliberate on the matter) or matters that, by law, would be assigned to a separate court
Family Court
The Family court primarily looks into matters relating to disputes arising between families.
Civil Court:
The Civil Court primarily looks into civil disputes with the exception of those kinds of matters that fall under the jurisdiction of the Family Court. It may deliberate on financial disputes, contract disputes and administrative disputes.
Juvenile Court:
The Juvenile Court is a specific court that deliberates on cases involving minors that is, any individual below the age of eighteen who have been accused of a crime.
Drug Court:
The drug court exists specifically to deliberate upon cases whereby any individual has been accused of a drug related offence and has the power to subject such persons to mandatory rehabilitation programs, with the aim of reintegrating such persons back into the wider society