The longest trees in the world 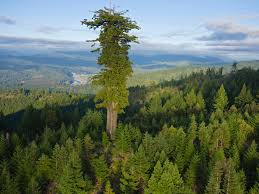 Plants are the largest and the longest living organisms on earth. It has the ability to absorb water and salts from the earth. Also, it is very important to our environment. Without plants we would eventually all die. Because it keeps the environment clean – absorbs harmful carbon dioxide from the air and fill in the atmosphere with sustainable oxygen. This article is based on the longest tree of the planet.


So far, the recorded tallest trees in the world are redwoods which tower above the ground in California. These tallest of trees reach heights of more than 350 feet (107 m). Among the redwoods, a tree named Hyperion dwarfs them all. The tree was discovered in 2006, and is 379.7 feet (115.7 m) tall. Shortly after it was measured and deemed the world's tallest, a writer for the New Yorker climbed close to the top and described what it was like to stand there. These giants can live to be 2,000 years old and have graced the planet for more than 240 million years. Though they once thrived throughout much of the Northern Hemisphere, today redwoods are only found on the coast from central California through southern Oregon. They do not live more than 50 miles inland, and are usually found in long belts, rather than small groves. 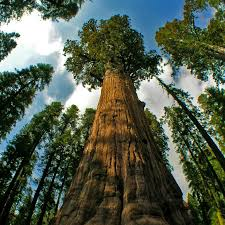 True to their name, coast redwoods need a moderate, coastal climate to survive. They require the area's frequent fog to protect them from dry spells and drought. Like sequoias, redwoods require abundant water to drink and have shallow root systems. Redwoods, however, get their water from rain rather than snowmelt, and therefore require consistent rainfall throughout the year. They even "create" their own rain by trapping fog in their lofty branches. With the right amount of moisture, redwoods can grow two or three feet in a year, making them one of the fastest-growing conifers in the world.


As mentioned before this plant also play an important part in mitigating climate change. The trees have the ability to pull in and store dangerous carbon, keeping it from wreaking havoc on the climate. "Ancient redwood forests store at least three times more carbon above ground than any other forests on Earth," according to a Redwoods and climate change initiative study.
Share this article :