The Effect of Advertisement on Consumer Behavior

About the topic
In this assignment I have got a topic to search and find the findings of the Effect of Advertisement on Consumer Behavior. I have searched internet and found the very similar work done by two students from Jinnah University for Women in Karachi Pakistan. Their topic is Impact of Advertisement on buying behaviors of the consumers: Study of Cosmetic Industry in Karachi. In this research they used 200 questionnaires and some different brand cosmetic products to collect primary data from Karachi cosmetic industry.

In these two topics main keywords impact and effect are two different words, but same meaning or synonyms and the other parts of sentences are same. The Effect or impact of advertisement is how influencing advertisement to creating positive perception of the products to the customers. Customer behavior means how customer deals to the product. According to the research the advertisements have very important role in shaping the consumer behavior and create motivation which force to buy the particular products and building trust on it. These researchers tested three hypotheses based on the research question.

Data collection
In this research they used some tables and charts. Through these data they are trying to give the answer to research question. At the first chart gives details of age groups among the respondents. This is supportive information for the research question and it shown that most of the responds are between age 18 and 29. This indicates that this survey was conducted most within the youths. The actual numbers or percentages are not shown in the chart and details are not given in the chart explanation, therefore which make difficult to guess the amount of people who took the part in the survey and this may not appropriate chart to show such information. 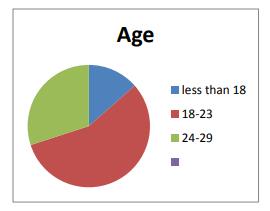 In the figure 2, shown the income of the respondents. In this chart also not shown more details like numbers or percentages of participants but it indicate that most of the respondents are getting more that 25 thousand PKR incomes. 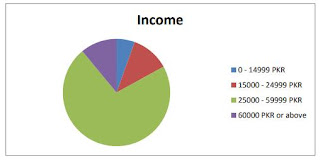 The other tables are shown the results of the three hypotheses were tested. 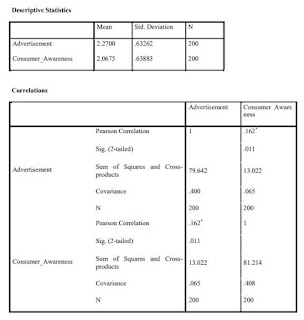 The second hypothesis finds out the relationship between the advertisements and the consumer perception. To show the second hypothesis result they use the same tables and it show the significance level of this test comes out 0.339 which is far more than 0.05, it means that we are failed to reject the null hypothesis which shown there is no relationship between advertisements and consumer perception in the cosmetic industry.

In our third hypothesis they try to find out the existence of the relationship between consumer awareness and perception with the buying behavior of customers. In the research they apply the test on the responses of 200 people residing in the Karachi and using several types of cosmetic products. The descriptive details are below. 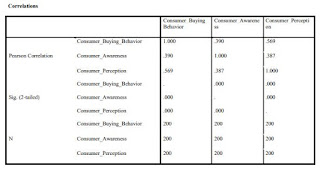 Through these tables we can evaluate the impact of one variable on other variables. Such as for the 1 value of the customer awareness it cause increase in value of buying behavior by 0.390.

In conclusion I can say the charts and tables are limited in this research and sample numbers are less. It will affect the result in the research. It’s important to include good numbers of people in such research. Also charts and tables play very important role in every research. I suggest to have cleared enough and include maximum details which can help to support the research question.