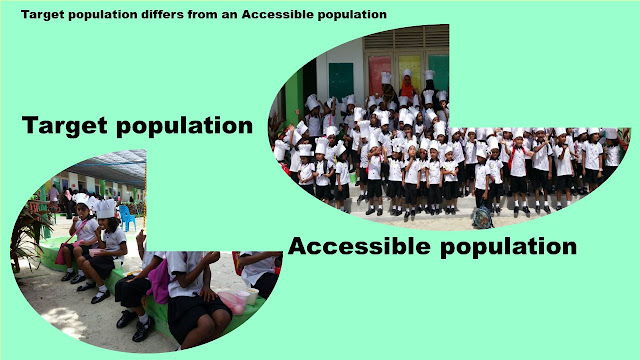 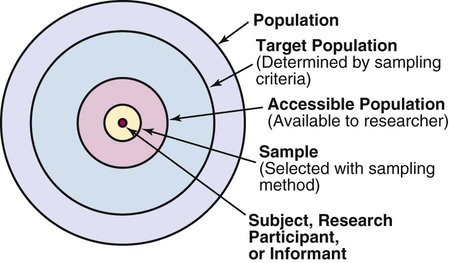 Easily speaking:
The target population is the population you are interested in your study; Study population is a subpopulation that you are taking from the target population for doing your study. The theoretical population is the same as the target population, which is the population you want your study to be generalized to. Or example, you want to do a study: the average height of all men between age 20 to 30 in Canada, then the target and theoretical population are all men between age 20 to 30, and your study population would say all men between age 20 to 30 in Ontario.
Target Versus Accessible Population in Qualitative Enquiry
The general population is characteristically crude in the sense that it often contains participants whose inclusion in the study would violate the research goal, assumptions, and/or context. Concerning our scenario, members of the general population are health workers in all healthcare institutions in Jackson. Thus, every employee in these institutions who directly or indirectly contributes to healthcare delivery is a health worker and is, therefore, a member of the general population. By one of our research contexts, however, not every health worker can participate in the study. This context has to do with the need for EI to be measured as a cognitive skill deployed by health workers when interacting with patients, co-workers, bosses and other stakeholders this is the only perspective from which EI can be assessed. In other words, EI must be sufficiently used by health workers in facilitating the development of the positive interpersonal relationship with patients and colleagues daily to set the basis for its assessment.

It is nevertheless unfortunate that not all health workers have the opportunity of interacting with patients and other stakeholders in healthcare institutions. Cleaners, security personnel, and some administrative workers (e.g., clerks who hardly communicate with patients and other workers) are examples. Though they are health workers, their inclusion in the study population violates one of our main research contexts and assumptions, and may badly affect the research outcome. We, therefore, need to refine the general population by eliminating individual employees belonging to such categories.