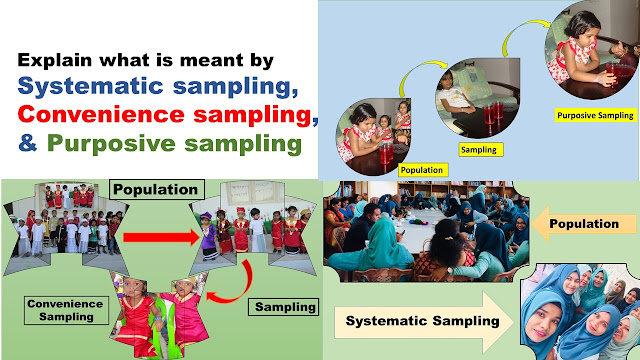 Typically a population is very large, making a census or a complete enumeration of all the values in that population infeasible. A 'sample' thus forms a manageable subset of a population. In positivist research, statistics derived from a sample are analysed to draw inferences regarding the population as a whole. The process of collecting information from a sample is referred to as 'sampling'. Sampling methods may be either 'random' (random sampling, systematic sampling, stratified sampling, cluster sampling) or non-random/nonprobability (convenience sampling, purposive sampling, snowball sampling). The most common reason for sampling is to obtain information about the population. Sampling is quicker and cheaper than a complete census of a population. A purposive sample is a non-probability sample that is selected based on the characteristics of a population and the objective of the study. Purposive sampling is different from convenience sampling and is also known as judgmental, selective, or subjective sampling.
Systematic Sampling 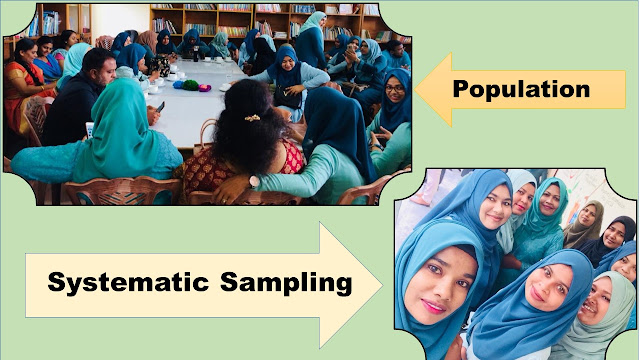 
To begin, a researcher selects a starting integer on which to base the system. This number needs to be smaller than the population as a whole (e.g., they don't pick every 500th yard to sample for a 100-yard football field). After a number has been selected, the researcher picks the interval or spaces between samples in the population.
Convenience Sampling: Definition
Convenience Sampling (also called availability sampling) is a non-probability/non-random sampling technique used to create a  sample as per ease of access, readiness to be a part of the sample, availability at a given time slot or any other practical specifications of a particular element. The researcher chooses members merely based on proximity and doesn’t consider whether they represent the entire population or not. Using this technique, they can observe habits, opinions, and viewpoints in the easiest possible manner. 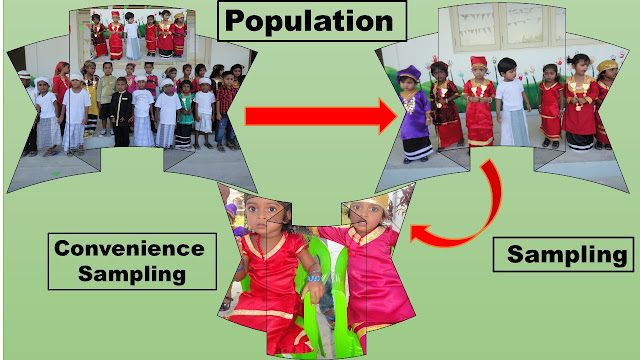 Researchers use sampling techniques in situations where there are large populations to be tested as, in most cases, testing the entire population is practically impossible. Convenience sampling is the most commonly used sampling technique as it’s extremely prompt, uncomplicated, economical and also, members are readily approachable to be a part of the sample. It is used in situations where the principal research has been done without any supplementary inputs. There are no criteria that need to be considered to be a part of this sample and due to which it becomes extremely simplified to include elements in this sample. Every element of the population is eligible to be a part of this sample and is dependent on the proximity to the researcher to get included in the sample. In school, there are situations where a teacher selects the first 2 rows to participate in the dance competition without testing their abilities or when an NGO selects top 20 cities to serve based on proximity to where they’re based out of.
Convenience Sampling Examples:
Convenience sampling is a non-probability sampling technique where subjects are selected because of their convenient accessibility and proximity to the researcher. The subjects are selected just because they are easiest to recruit for the study and the researcher did not consider selecting subjects that are representative of the entire population. In all forms of research, it would be ideal to test the entire population, but in most cases, the population is just too large that it is impossible to include every individual. This is the reason why most researchers rely on sampling techniques like convenience sampling, the most common of all sampling techniques. Many researchers prefer this sampling technique because it is fast, inexpensive, easy and the subjects are readily available.

Understanding Purposive Sampling
Purposive sampling (also known as judgment, selective or subjective sampling) is a sampling technique in which the researcher relies on his or her own judgment when choosing members of the population to participate in the study. Purposive sampling is a non-probability sampling method and it occurs when “elements selected for the sample are chosen by the judgment of the researcher. Researchers often believe that they can obtain a representative sample by using a sound judgment, which will result in saving time and money”. 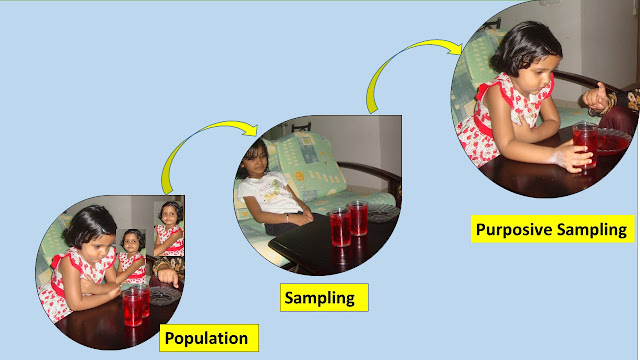 Alternatively, the purposive sampling method may prove to be effective when only limited numbers of people can serve as primary data sources due to the nature of research design and aims and objectives. For example, for research analysing effects of a personal tragedy such as family bereavement on the performance of senior-level managers the researcher may use his/her own judgment to choose senior-level managers who could particulate in in-depth interviews. A purposive sample is a non-probability sample that is selected based on the characteristics of a population and the objective of the study. Purposive sampling is different from convenience sampling and is also known as judgmental, selective, or subjective sampling.
Purposive Sampling Types
This type of sampling can be very useful in situations when you need to reach a targeted sample quickly, and where sampling for proportionality is not the main concern. There are seven types of purposive samples, each appropriate to a different research objective.
Types of Purposive Samples
Maximum Variation/Heterogeneous
A maximum variation/heterogeneous purposive sample is one which is selected to provide a diverse range of cases relevant to a particular phenomenon or event. The purpose of this kind of sample design is to provide as much insight as possible into the event or phenomenon under examination. For example, when conducting a street poll about an issue, a researcher would want to ensure that he or she speaks with as many different kinds of people as possible to construct a robust view of the issue from the public's perspective.
Homogeneous
A homogeneous purposive sample is one that is selected for having a shared characteristic or set of characteristics. For example, a team of researchers wanted to understand what the significance of white skin whiteness means to white people, so they asked white people about this. This is a homogenous sample created based on race.