Should video games be used in education?


Why you should be using Video Games in the Classroom 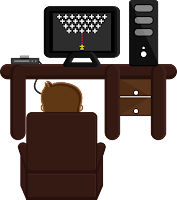 Video games outside of the classroom are typically frowned upon by teachers. Some are too violent; some don’t force kids to think critically. Those schools of thought are starting to become a thing of the past in education. Now teachers are looking strategically at these games and using them as creative tools in the classroom to get students excited about learning. Video games can positively help a classroom and increase students learning.

This proves video games can positively help in the classroom setting and increase students learning. 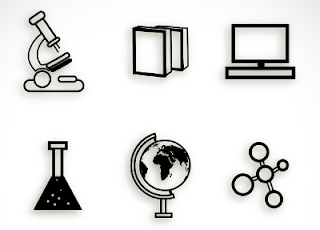 This new movement has come about as younger teachers who grew up with these computer games are now utilizing them as innovative teaching methods for classrooms. Also kids’ interest in this medium (video gaming) has grown and it helps those students who need a faster paced learning environment instead of traditional lectures.


On the other side of the educational spectrum this new concept isn’t without its critics. “Opponents say games are addictive and violent. Some parents worry that children already spend too much time in front of glowing screens, while others argue that the games are based on rewards, corrupting the idea of learning.”


Teachers have been fans of technology and computer games for educational purposes. Now there is a new “Wave of innovation [that] takes popular video games and transforms them into learning tools, often creating lessons around Common Core math and language arts academic standard

1.     Most games favor the development of logic to solve problems through puzzles and riddles.
2.     Video games streamline decision making because players develop long-term ability to figure out effectively the possibilities of an option, evaluating the best way to go.
3.     The interaction in video games improves fine motor skills and hand-eye coordination of preschool children, according to a study by Deakin University in Melbourne.
4.Cooperative and online games promote sociability, teamwork, ability to solve                problems together for both children and adults

1.     Aggressiveness: children are increasingly exposed to growing physical and sexual violence present in all media.
2.     Violence and pornography: video games such as “Grand Thief Auto” and “Call of Duty” for over 18 years, are training children to shoot and kill in a virtual world in which the values ​​of life are lost.
3.     Attention problems: high speed media content can contribute to attention deficit disorder.
4.     Impatience: “New technologies make us more impatient and decrease frustration tolerance. They also relax a part of our brain that has to be worked”, said Alvaro Bilbao, neuropsychologist.


5.     Addiction: the player’s immediate response to stimuli game generates a mini-reward in the form of release of dopamine (pleasure hormone).

CONCLUSIONS
In this article, we have presented the most well known and common advantages and disadvantages of the use of video games. At present, there are many people who use devices with which they can play and yet few are aware of the disadvantages and negative effects they may have for the people who use it.
It is important that, from home and schools, priority be given to its benefits and positive effects. As it has been proven to positively affect all people who play video games both physically and mentally.
In fact, many teachers have started using video games to teach subjects such as math, language and English in their classes.
Even so, we must remember that both fathers and mothers, have to know the diversity of video games that exist. The end will be to buy the one that best fits the age range of your child, since many times we are not aware of what that game consists of or if it really is the most appropriate.
Finally, note that it is important from home to discuss the most suitable timetables for the use of video games, both for the child and for the adult in order to make good use and maximize its benefits.