Should there be any regulation of Cyber bullying?

Introduction : Over the last decade and as a result of the increased availability of new technologies, cyberbullying has become a global issue affecting more and more young people in most developed countries, where using new electronic technologies is now an inseparable element of society in the age of globalization.

It defines cyberbullying as repeated verbal or psychological harassment carried out by an individual or group against others by means of online services and mobile phones. It is generally understood as bullying taking place on the internet. 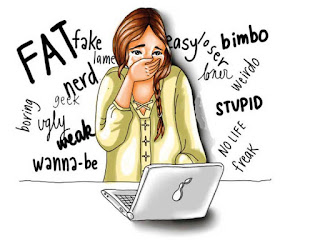 Why should we need to regulate cyber bullying?
I think schools definitely need to take part in stopping bullying, inside and outside of school. I believe if a student can be penalized for doing illegal activity outside of schools, and be kicked out of a school, then that penalization should also include harassment. Just because it isn’t strictly affecting, or being noticed by the the school, it doesn’t mean it’s less of an issue than other problems.

Ways to regulate cyberbullying in schools?

Creating a caring environment at school is important for every student’s well-being
·         administrators could require students to create anti-cyberbullying materials or give a presentation to younger kids about acceptable online behavior.
·         Instead of punishing students, a better way to combat cyberbullying would be for schools to teach appropriate online behavior along with explaining why cyberbullying is wrong and how it can hurt its victims.
·         create objective standards, rather than vague definitions, which can be applied too broadly
·         schools should have the ability to protect their most vulnerable from “intended and repeated attacks that originate off campus,” while still respecting students’ free speech rights.
·         advises parents to talk to schoolswhen cyberbullying occurs instead of confronting the parents of the bully face-to-face.Create school level laws and regulations


Some other things that parents can do include: 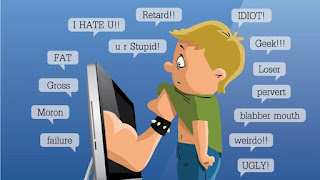 Conclusion
The evolution in recent years of technology, particularly when it comes to apps and social networks, means there is a real need to put an end to this growing phenomenon, because as electronic devices and the media they act as portals for encroach more and more on daily life, more people are likely to be a victim to cyberbullying