Should companies exploit the labor to maximize their profits?


Should companies exploit the labor to maximize their profits? 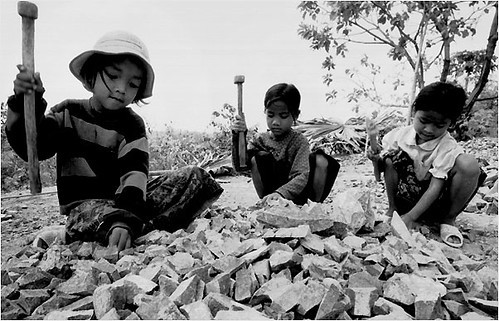 Some/one may argue that businesses exist for the sole purpose of making a profit and thus it is not uncommon for people to hear stories of companies that exploit their workers all in favor of maximizing their profits.according to Wikipedia, exploitation of labor is define as an act of treating a worker unfairly for their own beneficial purposes. according to premium writing service, an increase in the hourly wage rate also increases fixed costs thus reduces the number of hours required for one to work and the employment rate. therefore, imposing a per-worker tax will make employers higher few staff and also extend the hours to some of the existing workers. the summery from Forbes companies exploit labor because a company needs more workers, and to get those workers, a business will need to outbid its competitors. this greed means that if wages are less than the market value of the labor those workers provide, some company will offer a better pay so it can exploit those workers a little bit less.
cases of human trafficking for labor exploitation and forces labor have been founded in countries es like Australia, Argentina,  Bangladesh, Belgium, Brazil, India, Nepal, Nigeria, Philippines, Thailand, even from Maldives and also even in The-united state, from variety of employment sectors such as agriculture, contraction, hospitality, manufacturing, nursing, teaching tourism etc..
Forced labor and human trafficking for labor exploitation are pervasive issues in India. Forced labor and debt bondage are widespread within the country: men, women, and children are held in debt bondage (sometimes inherited from previous generations) and forced to work in a variety of industries including brick kilns, carpet weaving, embroidery and textile manufacturing, mining, and agriculture. Some Bangladeshi and Nepali migrants are subjected to forced labor in India through