Technology, as we know, is a double-edged sword, where the users are continuously balancing between the risks and opportunities it offers. We really are all connected, 24/7, no matter where in the world, we are merely one click away from our families, co-workers, classmates, idols, mentors, neighbors, and even strangers. On one side, the Internet has made the world a much smaller place full of opportunities to thrive for people with minimal resources along with bringing awareness to important sociopolitical movements and acting as a platform for fundraising for many noble causes; on the other side, it has exposed vulnerable people to a deep dark world of web and bullying while sitting safely in the vicinity of their homes. 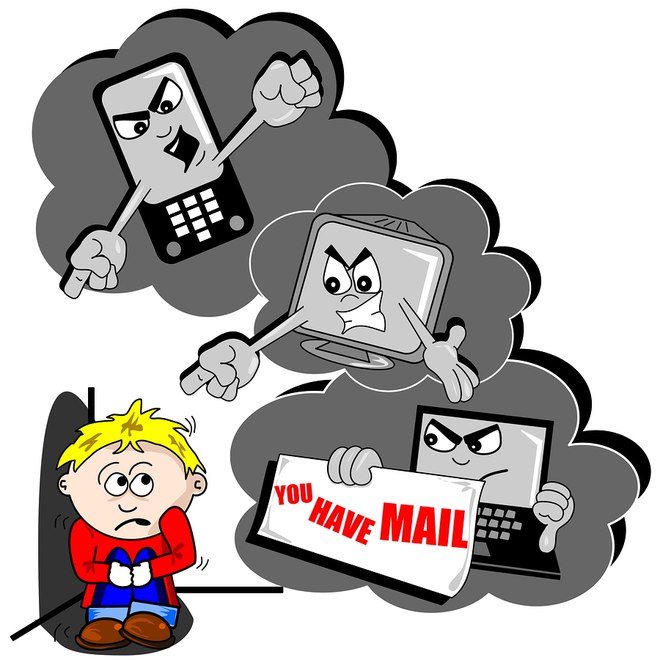 What is cyberbullying?
Cyberbullying is the use of digital-communication
tools (such as the Internet and cell phones) to make another
a person feels angry, sad, or scared, usually again and again.
Examples of cyberbullying include sending hurtful texts or instant messages, posting embarrassing photos or videos on social media, and spreading mean rumors online or with cell phones.


Is Cyberbullying a Crime?


Until the mid-2000s, there were no specific cyberbullying laws. But legislators have not been blind to the increasing number of high-publicity incidents, including tragic results in certain cases (suicides and school shootings, for instance). Laws have sprung up in some states, but many of this law often leave enforcement in the hands of school officials. As such, cyberbullying may often be treated as a civil, rather than a criminal matter.

However, prosecutors have used existing laws on the books to prosecute individuals suspected of cyberbullying. Criminal harassment statutes can often provide a basis for bringing charges in severe cases, and more serious criminal charges have been brought in cases where the offense has resulted in suicide or other tragic consequences.

The importance of properly regulating cyberbullying in schools.

Most everyone can agree that internet bullying is a problem that many students are faced with. The solution to the problem, however, is not as clear. With the addition of technology to the daily lives of students, bullying can now take place online in addition to in person. This allows students to bully—or be bullied—on and off school property. Schools are faced with an issue: should they punish students involved with cyberbullying, even if it takes place outside of the school?

To reduce the effects of this kind of bullying, education within schools is absolutely essential, experts say.
"The role of schools is really important and although we shouldn't expect the schools to solve everything, they can actually play a really positive role in preventing cyber-bullying," Burns said.

Some schools believe it is within their rights to step in and punish any bullying that takes place by students, whether on or off school property. Although much of the legal precedent set in the past decade goes against this belief, many communities are passing laws to allow schools to punish cyberbullying, regardless of where it takes place.

A few other things schools can do to help prevent cyberbullying:

Start from the ground up: Build a community that rewards kindness and compassion, not only academic or athletic achievement.
Use the Internet in lesson plans: Schools can use social networks and other digital tools within the context of the curriculum (for example, an online tool on which all students must collaborate) to teach students how to use the Internet respectfully and productively.
Teach digital citizenship: Schools can implement digital citizenship programs that encourage students to work together to understand the importance and power of online tools -- and the responsibility that comes with using them.

I think that schools should do something to address online even if it is out of school and off of school property. Because cyberbullying can happen outside of school, it doesn’t mean that it can’t affect someone during school. Cyberbullying can have an impact on student's grades and emotional well being in school and at home. I think that schools should definitely address bullying situations that involve their students whether it be in or out of school.
Share this article :