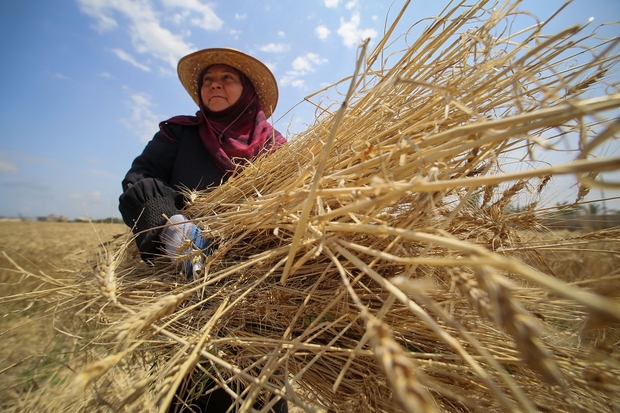 WHEAT FARM
Wheat is a grass which is widely cultivated and harvested for its seeds. Wheat is a very common staple food which is used worldwide due to its high carbohydrate content. According to archeological records wheat was first cultivated in regions of the fertile crescent around 9600 BCE. Initially all work of wheat harvesting was done by hands. But as the time passed, new technologies and equipment was invented which reduced the farmers work in harvesting the wheat. Nowadays most of the work of wheat harvesting are done with the help of machineries.
The combine header is one of such technology which helps the farmers with wheat harvesting. It is very frequently used machinery which allows the farmers to harvest the wheat without any hard work. The combine header has a removable header that is designed for particular crops such as wheat. The standard combine header has a reciprocating knife cutter bar and also features a revolving reel with metal teeth that allows the crop to fall into the auger once it is cut.

Some of the other wheat headers includes the draper headers which uses a fabric or rubber apron instead of the cross auger. Draper headers allows a faster feeding and in turn leads to lower power requirements. On many farms, platform headers are used to cut wheat, instead of separate wheat headers, so as to reduce overall costs and reduce the farmers work.


Other than this there has also been new researches about the development of improved water and nitrogen use, pest and disease protection and drought resistance techniques. All of these researches can help the farmers to ease their work in wheat harvesting. Also, it makes wheat are more cost-efficient for the farmers.