skip to main | skip to sidebar
Home » ACFS-1 , ICT , MIC , Modern bicycles and technologies that reduce the risk of accidents on the roads » 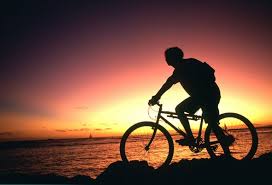 The decrease in the traffic accident rate remains one of the main challenges for almost all countries. There are many institutions and resources that are put at the disposal of the investigation of formulas that allow diminishing them. The new technologies allow the development of solutions for the reduction of this number of accidents on the roads


The high population condensation in large cities implies an exponential growth in the number of vehicles in circulation. This overcrowding results in more traffic jams and more accidents.

Through vehicle safety improvements, the collection of road and vehicle data, connectivity, driving apps and more technologies being developed every year, here are four ways technology can make a difference.

1.     Technology is making vehicles safer.
Vehicle safety improvements, including seat belts, airbags, child safety seats, mounted brake lights, and electronic stability control, to name a few, have saved an estimated 600,000 lives in the United States in the past 50 years. In the coming years, there will be even more of these innovations. One possibility: seat belts that adjust automatically according to the impact of the crash and the size and position of the driver or passenger.

2.     Data collection points to best ways to reduce crashes.
In most parts of the world, data about road safety and crashes is lacking. In some parts of Africa, road crash deaths may be six times higher than what is reported. Safety information, such as average driving speed, use of seat belts and child restraints, drunken driving statistics, availability of trauma care, and other data is often unavailable in many developing countries. Improvements in data collection could help analyze challenges and solve crash problems in specific locations.

3.     Smarter vehicles could lead to fewer crashes.
Increased connectivity can alert drivers to road traffic and connect them to help in case of an emergency. In time, driver less (automated) and shared cars could significantly improve road safety, while also lowering traffic congestion.

4.     Drivers can reduce distractions through the help of apps such as AT&T’s Drive Mode.
Distracted driving accounts for about 10 percent of road crash deaths in the U.S. The AT&T app aims to help drivers by silencing incoming text message (or message) alerts while in transit. 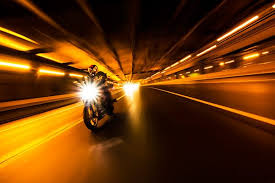 At Road Safety Technology, we evaluate the potential of safety systems to reduce road trauma, including:

Roads are safer today because of technologies such as seat belts, but the future holds many more ways that technology can save and improve lives on the road. If you have a technological concept that could help improves road safety.

Labels: ACFS-1, ICT, MIC, Modern bicycles and technologies that reduce the risk of accidents on the roads
« Prev Post Next Post » Home