Messages sent by humanity in the outer space: will they ever be answered? 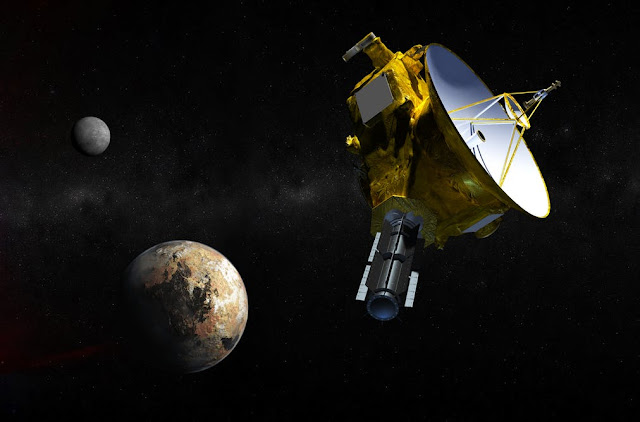 Introduction:For over a hundred years, humans on Earth have been using radio transmissions to communicate with each other. This ability to communicate around the globe has brought people closer together. 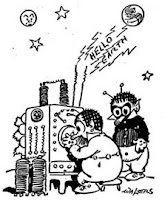 However, by their very nature, these radio transmissions, such as what leaks from television, cell phones, and satellites, are also detectable from space.  This means the Earth is not a closed system. Earth’s ever-expanding detectable radio signature has been coined the radiosphere. Although radio signals weaken the further away they get from the source, faint signals are still detectable with a sensitive enough receiver. In his paper titled “The benefits and harm of transmitting into space,” author Jacob Haqq-Misra explores the potential consequences of broadcasting signals into space. 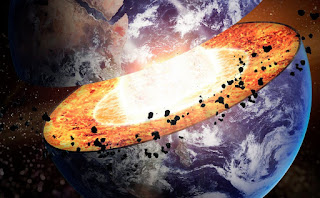 An 1896 newspaper article titled "A Signal from Mars" offered one example of how we might receive communications from the planet. In noting "a luminous projection on the southern edge of the planet", the article suggests that this might be because "the inhabitants of Mars were flashing messages" to Earth. We can find this same idea in a piece of music. The 1901 piece, "A Signal From Mars, March and Two Step" offers music that Martians might be playing for us. From the cover illustration, it would appear that one rather civilized Martian is using a spotlight to communicate the tune while the other watches Earth with a telescope, likely waiting to see if we have the same taste in marches and two steps.  Soon, the development of radio technology would provide a much more powerful way to listen for and send messages to other worlds. 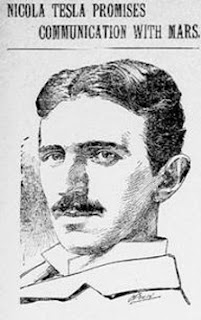 Humans have already sent multiple intentional METI attempts, usually involving a strong radio transmission targeted at a specific star system.   For METI, we assume that any possible extraterrestrials can detect and interpret radio signals. However, Earth’s detectable radio signature includes all METI attempts in addition to the unintentional leakage from TV, radio, and satellites.  METI and unintentional radio signatures can be detected if someone is listening.
Signals from Earth travel away in all directions at the speed of light. If humans sent a message starting 5 years ago, those signals would be 5 light years away from Earth. There are concerns that even an internationally agreed upon message would quickly become outdated. The light-years transmissions need to travel before being detected by an extraterrestrial civilization may mean a huge delay between transmission and receipt of the message.  Sent METI has been aimed at star systems as close as 10 light-years away and as far as 24,000 light-years away. After such a long time, the message content may no longer reflect the type of life present on Earth at a future date. Therefore, any METI attempts must account for possible changes in human society many years down the road.

Conclusion : At the dawn of the 20th century, many looked to find signals from Mars in patterns in light. The advent of radio greatly expanded that search beyond our solar system. While scientists have yet to find signals from another world they haven't stopped looking.  In fact we took it upon ourselves to reach out first and have tried to compose literally universal messages for the ages.
Thank You!
Share this article :