Mergers or acquisitions – which is better? 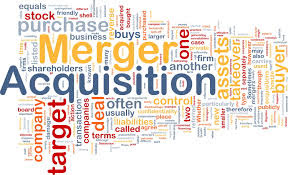 Merger refers to consolidation of two or more companies to form an all-new entity with a new name. Merger assists the companies in uniting their strengths, resources and weaknesses. Merger leads to a reduction in trade barriers and competition.

The types of Mergers are as under:

An acquisition is the purchase of an entity by another entity. This can be done either by acquiring ownership over 51% of its share capital or by taking over the assets of the company. The acquiring company is more influential in terms of structure, operations and size as compared to the target company.

The types of Acquisition are as under:

To gain a deeper insight on acquisitions visit our article Acquisition.
After understanding both the concepts, let’s have a look at the difference between the two.

The following are the differences between mergers and acquisitions:

DEFINITION
The fusion of two or more entities taking place voluntarily to form a new entity is termed as a merger. While one company purchasing the business of another company is known as an acquisition.
PRESENCE
The companies involved in the merger dissolve to form a new entity. While in an acquisition, both the companies do not lose their existence.
TITLE
The new entity formed owing to the merger, holds a new title. In an acquisition, the acquired company functions under the title of the acquiring company.
TERMS
Merger is always conducted under a mutual agreement by all the involved companies. An acquisition may be implemented voluntarily or involuntarily by the entities.

SIZE OF OPERATIONS
Two or more companies having the same scale of operations opt for a merger. Whereas, in an acquisition, the larger company takes over the smaller company.
LEGALITIES
The process of merger involves a time consuming procedure owing to the high number of legal formalities. As opposed to an acquisition which can be done faster as the legal formalities are minimal.

PURPOSE
The purpose of merging entities is to decrease the prevailing competition in the market and to increase operational efficiency. However, the sole purpose of an acquisition is an expansion of the entity.
POWER
In a merger, both the companies involved are treated as equal. Whereas in an acquisition, the stronger company holds complete control and power.
STOCKS
A merger leads to issue of new stocks. While in an acquisition, no new stocks are issued.
MANAGEMENT

The ownership and management structure of the new entity remains almost similar to the previous two entities. In an acquisition, the acquiring company owns the management of the entire organization.

Conclusion
In the fast-paced corporate world, mergers are occasionally seen. However, extreme competition prevailing in the market leads to a number of acquisitions. The companies involved in mergers and acquisitions gain the advantage of financial benefit, synergy, taxation and increase in competitiveness. However, adverse effects such as clash in the culture of the entities and increase in employee turnover are also noted.