Identify the need for a written constitution. 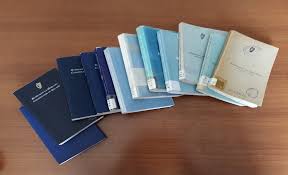 A written constitution is a formal document defining the nature of the constitutional settlement, the rules that govern the political system and the rights of citizens and governments in a codified form.
The UK's constitution is not written in a single document, but derives from a number of sources that are part written and part unwritten, including accumulated conventions, works of authority, Acts of Parliament, the common law, and EU law.
Historically, the UK has not had a definable statement of individual rights and freedoms either - the 1689 Bill of Rights sets out the powers of parliament - but rather relies on the idea of remaining freedom and the concept of parliamentary sovereignty.
Therefore, individuals' rights remain dependent on unplanned legislative protection or upon judicial protection under common law.
This contrasts to many European and Commonwealth countries and the United States, which have a clearly defined constitutional settlement.
The closest thing the UK has to a bill of rights today is the Human Rights Act 1998, which incorporates the European Convention of Human Rights 1950 (ECHR) into domestic law.
We need a constitution because we need a government to protect our natural rights to life, liberty, and property. The constitution is the fundamental law within which the government must operate.
We need protection from bad people such as murderers, oppressors, dictators, corrupt people, thieves, robbers, burglars, fraudsters, etc. and this is why we must have a government. We need a constitution. The constitution provides a set of written rules that is authorized, and approved by the people. The constitution sets out the rules under which the government is to operate. It is important to remember that the government must protect our natural rights to life, liberty, and property in accordance only with the written constitution. In this view, the constitution creates the government; provides powers to the created government; and limits these government powers.