How important is social media marketing for small businesses? 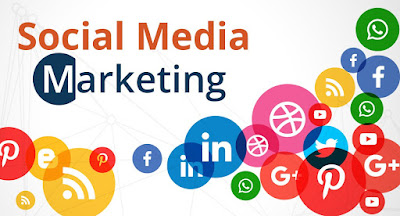 Introduction
Social media marketing is the use of social media platforms and websites to promote a product or service. It is a new phenomenon that has changed how the business environment operates and helps businesses gain access to resources that were otherwise not available to them (Jagongo, A. et. al, 2013).This first chapter provides the reader the background of what the research study is all about. It will give you a closer look of the topic specifically on the effectiveness of social media marketing as marketing strategy or tool. It will also provide a general insight of the problem that will be addressed in this study

According to Cox, Sarah (2012), it was essential that small businesses understand
today’s social media driven environment. They should also know the strategies behind
using social media such as Facebook and Twitter for growing their business and to stay competitive and reach their target markets. However, many small businesses did not have a strategy when they began using social media. The research was conducted to acquire an initial understanding on how small businesses were recognized for using social media to grow their business, and increased their customers. The respondent of this study was Bandee, an Internet-based accessory retailer and wholesaler established in 2009. The results showed that with the help of social media, Bandee doubled the number of their clientele who were aware about their products and services. With that, they also considered social media important for communicating with their customers and creating relationships. It also enabled Bandee to develop many relationships with other businesses and clients that would not have normally developed. The study also concluded that social media marketing increases brand exposure, sales and business profit.

Effectiveness of Social Media as a Marketing Tool
Social Media Marketing is about understanding how technology is making it easier for people to connect socially with their social networks and how your business can profit from that understanding (Bashar, A, 2012). The study was based on descriptive research design and questionnaires were provided to know the point of view of respondents regarding the extent of social media that helps consumers in buying decision making. First part of the questionnaire contained information regarding demographics and usage pattern of social media of the respondents. Second part had series of close-ended and indirect questions which were based on impact of social media in making consumer buy a product and expectation from such media.

Conceptual Framework
Figure 1.4 above shows that social media marketing is dependent with social media platforms. Generally social media marketing starts with the use of social media platforms such as Facebook, Instagram, Twitter, blog sites and other websites. The number of employed
users and number of hours spent on social media to promote the company’s products and services affect the company’s marketing strategy, profit and sales, as well as return
of their investments and increase of the number customers patronizing their products and services. Overall, social media marketing is a way of companies to engage with consumers in their efforts to further expand their business and connect with existing and potential customers. Thus, one important aspect is consumer engagement. Assuming that other things are constant during the performance of the study, it will be possible to relate these variables and confirm that indeed, independent variables can affect the dependent variables.

Conclusion
Based on the needs of the commissioned company, an outline for social media marketing was made and social media experts were interviewed to grasp a holistic idea on how the market is perceived. Centered on literature reviews and interview results, guidelines for the photography company were made. The idea behind only focusing on certain social media platforms was to emphasis on only the ones that are relevant for a photography company based in Finland.
It was important to draw more traffic to the website, Facebook and also Pinterest –pages of the company. The interviews, as well as social media optimization rules, signified content quality in being an important aspect on generating traffic. It was agreed upon that blog posts were to be designed beforehand, emphasizing on quality and attractiveness for potential customers. Another noteworthy aspect in the rules of SMO was making content sharing easy, which was executed by having a “Share”-button on the website. This enabled distribution on Twitter, Pinterest, but also Facebook.
The guideline offers important concepts regarding social media generally as well as offering ideas on how to incorporate the most important social media platforms in the 47 company. If taken further, there could have been results on how the proposed plan was executed and what the results were. It is vital for companies to first search what kind of social media possibilities are out there, then start thinking of the goals wanted from social media marketing, search for references on how clientele acts in the target market and then use social media in real time, not forgetting about quality in content.