Gravity, temperature, and living conditions on the Moon

Gravity, temperature, and living conditions on the Moon 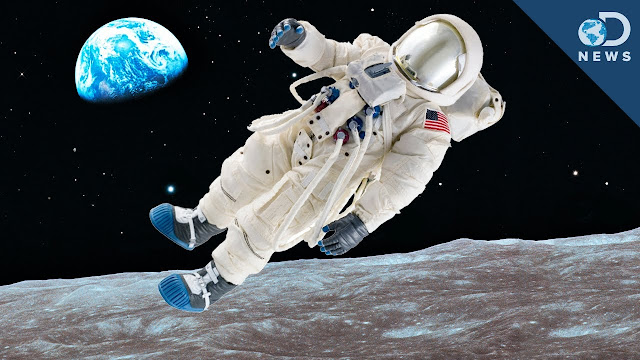 Gravity on the Moon

The moon is smaller and it has much less mass so it pulls with less gravity.In fact, if you could stand on the surface of the Moon, you would experience only 17% the force of gravity that you would experience on Earth. Gravity on the Moon is much less.Just to give you an example, let’s say that, If you can jump 30 cm on Earth, you would be able to jump almost 2 meters straight up into the air. And you would be able to fall much further on the Moon. If you jumped off the roof of your house, it would only feel like you jumped off a table. You would be able to throw a ball 6 times further, hit a golf ball 6 times further.


Temperature on the Moon

Temperatures on the moon are extreme, ranging from boiling hot to freezing cold depending on where the sun is shining. There is no significant atmosphere on the moon, so it cannot trap heat or insulate the surface.

The moon rotates on its axis in about 27 days. Daytime on one side of the moon lasts about 13 and a half days, followed by 13 and a half nights of darkness. When sunlight hits the moon's surface, the temperature can reach 260 degrees Fahrenheit (127 degrees Celsius). When the sun goes down, temperatures can dip to minus 280 F (minus 173 C). Temperatures change all across the moon, as both the near and far side experience sunlight every lunar year, or terrestrial month, due to lunar rotation.

Living conditions on the Moon

Life on the moon would be very different for explorers than life on Earth. From its lighter gravity to lack of air,The moon has no atmosphere, no weather and no oceans of water. Its surface is in a perpetual vacuum.

You will never know how much you really miss Earth until you actually live on the moon. First of all, you have to get use to the idea of nearly zero gravity, which can take a toll on an weak stomach. Then, one must get accustomed to the whole bathing and bathroom routine, which can also be difficult at times. And finally, nothing beats a warm walk in the park with the chattering of insects and the pleasant whistling of birds. Life is what you will miss the most when traveling to such a desolate, water less, desert of nothingness.