194. German technologies in road building: how is it possible to build a high-quality road that lasts for decades? 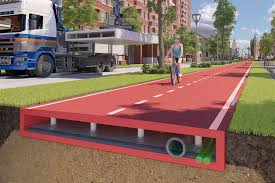 There are several things that can’t ignore while building high –quality road that lasts for decades. High-quality materials and design or engineering plays very important role maintain the road. Also it’s very important to know why we are building a road. What kind of vehicles run on that certain road. There are some countries that are famous on their technologies in building roads. One of the countries is Germany.

According to Germany has very good roads perfectly straight and without any bumps. The secret behind the reason is German use very advanced machinery and technology to build road.

According to German road is far better than many countries for their construction and engineering. They let the concrete thicker than other countries which makes no speed limit in their highway.  The following points will be mentioned some of the methods or technologies they use for building roads.

According to German go for innovative technologies for building roads such as soil stabilisation and etc. also says they use for construction traditional methods such as five – six layers of materials like soil, metal and gravel have to be laid.

German also used one of the technologies called fully depth recycling; the technology uses cement and chemicals for stabilization of the road.

As per the process, the existing BT road will be covered by another layer of cement, over which a chemical compound of certain prescribed quantity will be sprayed. Then the road will be pulverized up to thirty centimeter and mixed with water, before being compacted using pad rollers.

Bridge. (2019). Why are Germany’s roads better? Or are they? https://www.bridgemi.com/economy/why-are-germanys-roads-better-or-are-they: Bridge.
catalin. (2018). Building roads in Germany – Amazing technology. http://canvids.com/building-roads-in-germany-amazing-technology/: canvids.