Explain the Purpose and Functions of Law 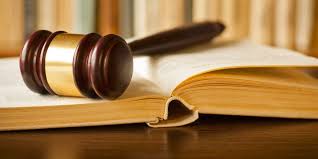 Structuring the Government
The politics of the Maldives, as per the reports, take place in the framework of a presidential representative democratic republic, whereby the President is the Head of Government. Executive power is exercised by the government. ... The unicameral Majlis of the Maldives is composed of 85 members serving a five-year term
Protecting minorities from majorities
In every genuine democracy today, majority rule is both endorsed and limited by the supreme law of the constitution, which protects the rights of individuals. Tyranny by minority over the majority is barred, but so is tyranny of the majority against minorities.
Resolving Disputes
A process for resolving differences between two or more  parties or groups. In business practice the resolution seeks to achieve fairness for all participants, and is often moderated by a third party. There is often a dispute resolution clause in contracts that defines how a disagreement is to be resolved.
Setting standards of conduct
Principles that when followed, promote values such as trust, good behavior, fairness, and/or kindness.
Maintaining Public Order
It involves people behaving sensibly and rationally, and respecting others. But police officers take an oath to maintain the sovereign's peace, and maintaining the peace can be equated with maintaining 'p Enforcing Morality
It is certain that both law and morality mold our behavior. Law is a set of general rules enforced to the public; criminal law on the other hand relates to crimes , it regulates an individual's conduct and rules out anything that is found threatening, harmful, endangering property, health, and safety of people.
Bringing out Justice in the society
Social justice is a concept of fair and just relations between the individual and society. This is measured by the explicit and tacit terms for the distribution of wealth, opportunities for personal activity, and social privileges
Protecting Certainty of Systems
Legal certainty is the principle that a legal system be predictable and transparent. It is considered a protection that guarantees that the law will not be used in an arbitrary way.
Maintaining Social Control
The goal of social control is to maintain order in society and ensure conformity in those who are deemed as deviant or undesirable in society. Formal  means of social control External sanctions enforced by government to prevent the establishment of chaos or anomie in society.
Protecting citizens from the Government
This recognition is the basis of sovereignty, or the right of a group to be free of outside interference. Part of a government's function is to protect its citizens from outside attack.