By walking down the memory lane to just some few years ago, it evident that technology has evolved tremendously to become a significant beacon of our daily lives. In recent times the phrase "we are living a digital world" has gained prominence and is used to imply that we are living in the digital age. However, interestingly, only some few people can explain what digital age is beyond the scope of having access to the internet and the rise of smartphones. 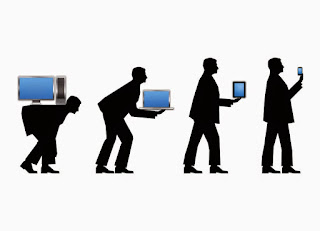 To fully grasp the depth and scope of the digital age, we must define what it is. According to ( IGI Global, n.d), the digital age is a period in the 21st century that was characterized by a dramatic shift from the ideals of the industrial revolution to adopting economies that are driven and based on information technology.  The transformation to the digital age was marked by increased use of the internet, more reliance on computers as means to easily and rapidly transfer information and significant integration of digital technologies into the economic, social and political activities. However, the journey to digital age started back in the 1970s with the advent of personal computers which have become a Centre piece of the digital revolutions.


While it may seem that we have reached the peak of the digital age, a look into the industry paints a different scenario. Engineers, researchers and scientists are working incessantly to explore and invent newer technologies (Warman, 2018). For instance, a while back, it was unimaginable that one could dictate instructions to the phone or computer without typing them.  Currently, almost all phone and computers have voice recognition software where the users need not type instructions but instead only need to dictate them.  These changes are not restricted to a particular field, and as witnessed, the impact has been cutting across all areas, including in medicine where we know how tele medicine and e-therapy.
Since the power base of the digital age is technology, it is expected that the rapid development of technology will further cement the existence of the digital age. For instance, there have been significant breakthroughs in the development of quantum technology that will be the next significant phase in technology advancement (Ginsburg,2008). Such events are expected to be accompanied by other development such as high bandwidth transfer mechanisms and super fast and powerful microchips to facilitate processing and transfer the resultant vast amounts of data.
Therefore, as the world continues to leap towards further technology advancements in all areas, it is clear that the digital age is here to stay. While the lack of technology would make digital age a figment in our imagination, the existence of technology further entangles our lives into the digital age. It is thus imperative for every one of us to grasp the massive potential that the digital age presents and seize the opportunity to make the best out of it.
References
Ginsburg, F. (2008). Rethinking the digital age. The media and social theory (pp. 141-158). Routledge.
IGI Global. (n.d.) What is the Digital Age? Retrieved from https://www.igi-global.com/dictionary/resource-sharing/7562
Warman, M. (2018, October 16). The world has changed. Digital has changed it. Retrieved from https://www.thedigitaltransformationpeople.com/channels/the-case-for-digital-transformation/the-world-has-changed-digital-has-changed-it/
https://www.wired.com/video/watch/how-the-network-is-changing-the-digital-age