Describe briefly the basic components involved in the research process

Describe briefly the basic components involved in the research process

The research process described in the following section is a very generalised model of carrying out research. In reality, the processis much less'neat', and you will generally find that you will not usually follow the processstage by stage,but will often move continually back and forth between the elements, or carry out two o.r mor~ of .the eleme.nts.concurrently, especially if you are undertaking a more Inter~, etative or qualitative study. Although different models of the research processexist, each containing different numbers of stages,most include the same general elements. The research process that we will refer to consists of eight elements (Figure 3.1). It is important to remember that these are not isolated, discrete stages, but are actually part ~f one overall process. As we said earlier, it may also be the case that for cert~,n methodological approaches the order of the stages may be som~wha~ different; lor example a qualitative research project may involve a continual Integration of reviewing the literature and data collection. Alternatively, a grounded approach (see Chapter 7) will generally involve data collection at a 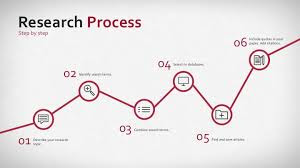