Define State and the Elements of State 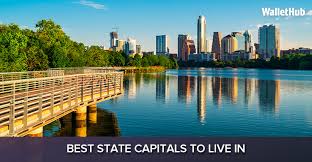 A state is a community formed by people and exercising permanent power within a specified area. According to international law, a state is typically defined as being based on the 1933 Montevideo Convention.
Elements of State
People
The state is a human institution. So population is its primary element. There is no hard and fast rule about population.
Place
A definite and more or less permanent place is also regarded as an essential element of the state. In modern times, the citizens are bound together by residence on a common place. Land, water and air space comprise the place of a state.
Government
Government is the agency through which “common policies are determined and by which common affairs are regulated.” The state wills and acts through the government. Government must be effective; it must possess the capacity to maintain order and enforce obedience. Without a government there would be lawlessness and anarchy and ultimately the state would be dissolved.
Sovereignty
Sovereignty has two aspects internal and external. Internally viewed, the state has supreme power over all individuals and associations within its fixed area. It can compel obedience of its people to its laws and commands. Externally viewed, the state is free from control of any foreign state or alien rule. Before independence India was not a state as it was ruled by the British.