Can a big Ethical mistake lead to a firm’s bankruptcy?


Can a big Ethical mistake lead to a firm’s bankruptcy? 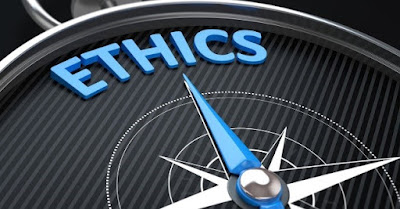 Bankruptcy is designed to give the debtor another chance after a financial failure, and it is often an option that is both more ethical and more efficient than liquidation. it address some basic issues, such as whether Chapter 11 bankruptcy itself is ethical and what elements help one to decide if a particular bankruptcy is ethical. There are many chances for unethical acts during bankruptcy, such as the ethics of a firm that files for Chapter 11 bankruptcy yet has sufficient assets to meet its financial obligations, or the often exorbitant fees that bankruptcy professionals are allowed as well as the apparent partiality demonstrated in some bankruptcy courts.
I had studied many relevant journals, articles regarding the topic. Based on my study I founded, not only the ethical mistakes leaded to a firm’s (company) bankrupt. We cannot say it all. But it is also one of the reason lead to a firm’s bankrupted. But more over than that.
During my study I founded Legal ethics also play an important role every day in the bankruptcy realm. The entire system is founded on ethical behavior. At the onset of a bankruptcy case, the debtor has an ethical duty to fully disclose his financial holdings and his financial dealings. The bankruptcy system relies on debtors who tell the truth and lay out all to see. Only after full disclosure can a debtor get relief that the bankruptcy law provides. In addition to debtor ethical behavior, the bankruptcy system relies almost entirely on attorney ethics. In every case one would expect that an attorney has looked into the statements and assertions contained in every schedule and document filed to ascertain whether or not the truth is asserted. Unfortunately, the truth is a hard creature to grab hold of these days. The need for bankruptcy relief somehow outweighs legal ethics in far too many circumstances. In looking for the truth, the trustees in bankruptcy cases are charged in part with verifying the truth of the debtor’s statements. In verifying the statements, trustees often look for some type of evidence that values are correct and that the law has been complied with. Though many times, correct values are given, the amount of false values and non-disclosures are completely unacceptable. Ethics seem to be going by the way side and repercussions for unethical behavior are almost non-existent. Since bankruptcy has always been based on ethical behavior, it is even more so under BAPCPA. (The Bankruptcy Abuse Prevention and Consumer Protection Act, is a law that reformed the personal bankruptcy process in the U.S., passed in 2005. Under BAPCPA, filing for Chapter 7 personal bankruptcy became more difficult as more stringent guidelines and eligibility requirements were defined.) The ethical hazards are tremendous for a debtor and his/her attorney to not independently verify information. Rule 9011 of the bankruptcy code speaks to representations made by signing and filing documents.

The court every day with excuses as to why they should not be bound by the ethics the rest of us obeys to; and they get away with it.
Money drives the bankruptcy system. Without money, attorneys would not file cases and the system would fade. Money, however, should never be allowed to replace ethics. Without ethical behavior bankruptcy becomes a free-for-all. Motions get set without basis asking for relief that makes no sense. Attorneys argue for continuances for debtors that quite frankly should never have filed a case in the first place. Debtors get thrown into a system where they have no chance of surviving. Many times it’s just not ethical. Money should not drive the bankruptcy system, ethics should. Doing the right thing and paying back what you borrowed to the best of your abilities is the basic theme of Chapter 13. Unfortunately, many times the game has taken place of the sense of right.
Ethical people are out there. Ethical attorneys are prevalent. These ethical persons are usually the ones you don’t see standing before a court making up excuses and whining for time to “find” the truth. These are the people who have checked the information before filing the case, checked the facts before presenting the motions, made payments to their creditors to the best of their ability and the people who deep down just want to do the right thing. These are the people who are the foundation of the bankruptcy system. As to the others? Every day they are filing the eighth and ninth serial case for debtors who have no chance of complying with the BAPCPA document requirements with information that is usually false and completely unverified for the sole purpose of a stay or to get a fee. These people need to reflect on their own ethical behavior.