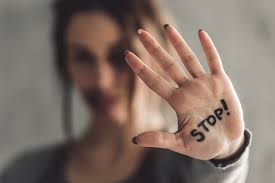 Introduction
Sexual harassment is an unwelcome sexual advance, unwelcome request for other sexual favors or other unwelcome conduct of sexual conduct which makes the person offended or humiliated. Work environment sexual harassment refers to situations where the employee’s work environment is made intimidating or offensive due to the unwelcome sexual conduct. These kind of acts affects the performance of employee’s work.
According to the article taken into context unlike sexual assault, sexual harassment is not a criminal offense in Canada. Sexual harassment in workplace has not received a clear spotlight as workplace bullying has received in past few years but this has dramatically changed in few months.
The Canadian Labour Code defines sexual harassment as any conduct, comment, gesture, contact of a sexual nature that is likely to cause offense or humiliation to any employee; or that might on reasonable grounds, be perceived by that employee placing a condition of sexual nature on employment or on any opportunity for training or promotion.
In organizations and institutions in Ontario Canada have a duty to take steps to prevent and respond to sexual harassment; this means that employees should take precautions that it does not happen and must investigate any complaint regarding sexual harassment. In 2016, the Ontario Government amended the Act and added “sexual harassment” and made it mandatory for all employer’s harassment policies to include provisions on sexual harassment.

Sexual harassment can include:
• Making unnecessary physical contact, including unwanted touching (e.g. demanding hugs or stroking someone’s hair)
• Invading personal space
• Using language that puts someone down because of their sex, sexual orientation, gender identity or gender expression
• Using sex-specific derogatory names, homophobic/transphobic epithets, slurs or jokes.
• Leering or inappropriate staring
• Targeting someone for not following sex-role stereotypes (e.g. comments made to a female for being in a position of authority)
• Showing or sending pornography, sexual images, etc. (e.g. pinning up an image of a naked man in the bathroom)
• Making sexual jokes, including forwarding sexual jokes by email
• Rough or vulgar language related to gender aka ‘locker-room talk’
• Spreading sexual rumors, “outing” or threatening to “out” someone who is LGBTQ2S (e.g. sending an email to colleagues about an affair between a supervisor and another employee)
• Sexually propositioning a person or bragging about sexual prowess
• Demanding dates or sexual favors

Data analysis
According to the article a literature review was done on the findings from the survey of 996 HRPA (Human Resource Protection Agency). This survey was conducted online from 18-28 February, 2018. 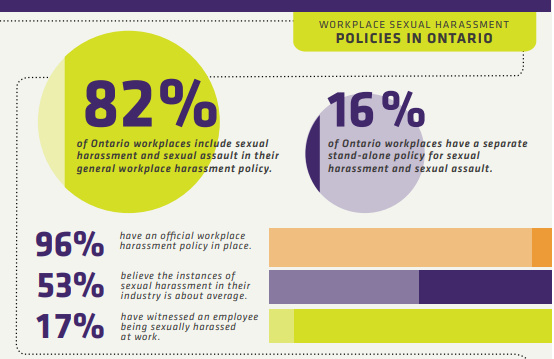 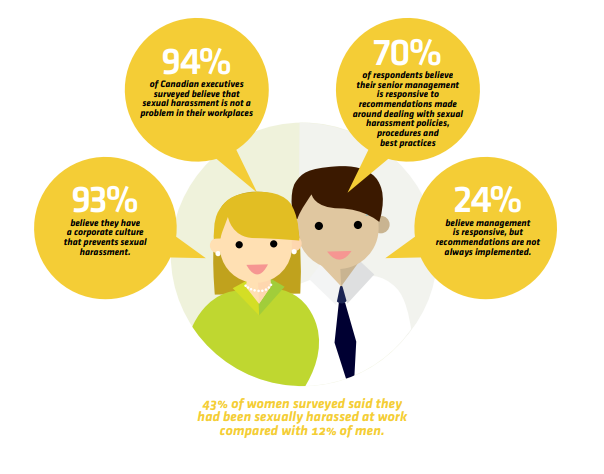 
When HRPA investigated furthermore, 43% of women said they had been sexually harassed at work compared with 12% of men. Upon complaining they also found out that women who report sexual harassment find that nothing changes in their workplace as a result of their complaint. But according to the 70% of the executives, they believe that their senior management is responsive to recommendations made around how to deal with sexual harassment.

When asked about whether their workplace is actively encouraging a culture of not tolerating sexual harassment or is more reactive in responding to situations as they arise; the executive’s responses were almost clashing. That is a 57% of them said that they actively foster a culture of zero tolerance and 40% of them currently take a more active approach and respond as situations arise.

How to prevent sexual harassment in workplace
Sexual harassment in workplace is a common problem worldwide. Some have strict policies against it and some ignore the complaints regarding the problem. However it is also a major problem in Maldives too. Maldivian women who have encountered workplace sexual harassment face a dilemma: either be silent and endure the intimidation or raise their voice and risk unemployment and shame.
In order to stop these harassment and make people more aware about this topic a social media campaign was made as #nufoshey (Don’t Harass) and Mi Verin Koba which means Where are these leaders.
The harassment in the work place can be avoided by following some practices as:

Conclusion
In conclusion sexual harassment in workplace is considered as a legal offence. The employers should be more attentive towards their employee’s complaints. Employers should do more about protecting their employees and should encourage zero tolerance on sexual harassment. It is very important to understand what it is and how it will affect the employees mentally if their voice is shut down. In this modern and technologically high profile era we should and can be able to speak out about what is wrong. Now there is no need to hide or stay silent in fear of society or being unemployed.