Alternative ways of grasping and sharing necessary information in the future 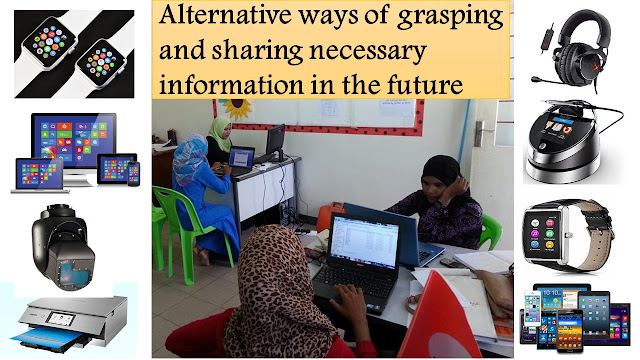 The advancing technology has made sharing easy and convenient
There numerous new ways of sharing information today. The most popular being Bluetooth, which is available on any smartphone handset today. Bluetooth allows for file sharing include photos and video as well as audio such as an MP3 file. Using Bluetooth, one can also play their music via a Bluetooth enabled device such as a speaker or car radio. Bluetooth appeals to many because it is available to millions of people and it easy to use. It simply requires detection of another enabled handset after which the devices are paired and then they can share files between devices.

Multipoint pairing is a useful feature in headsets. Those headsets that come with multipoint pairing allow consumers to connect their headset to more than one device. Many headsets will be able to pair the headset to a device, check battery status, answer calls and reject calls. Some of them allow consumers to access the voice commands included with a smartphone, tablet or another device. This technology gives people the ability to connect a headset with a device without having to access settings menus or tasks. It’s similar to radio-frequency identification tags, but devices that are near each other use it. Encryption technologies keep communications safe in public. Headsets with this technology feature dual-channel audio streaming capability. Users can listen to music in stereo without audio cables. They don’t have to use their phone directly. If you use your smartphone to play music or watch videos, this technology is what you want in your headset. Headsets with this technology use one interface to manage electronic devices that play audio and video. If you want to use your headset on multiple devices and have the control of all of them, you want to find the headsets with this feature. If you have access to a charging area and can charge your battery regularly, then you won’t mind short battery life. 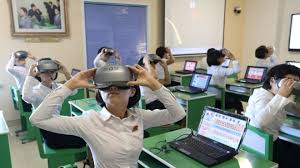 Cameras of the future may no longer require a shutter button. Instead, photographers could wink or use a voice command to tell the camera to record a photo. In the case of a wink, the camera probably would be built into a person's glasses or another everyday item. With the camera built into a pair of glasses, aiming the camera would be easy, too. This type of camera potentially could work like a hands-free cell phone, where you can issue commands without the need to push a button. The camera of the future could incorporate some sort of solar energy cell, allowing the battery to either operate only from solar power or allowing it to charge the battery using the solar cell. Some questions would have to be answered first, such as how much the solar cell would add to the size of the camera.

Technology has come a long way since. Today’s smartphones sport large touchscreen displays, impressive cameras, and high-tech features like 3D facial recognition. While phones were primarily used for making calls back in the day, now we use them for things like listening to music, browsing the web, playing games, and watching cat videos on YouTube. Back in the day, the main way of using a phone was a physical keypad. This was eventually replaced by the touchscreens we use today. With services like Google Assistant and Samsung Bixby, we can now interact with our devices just by using our voices. I think the next step in this evolution is mind control. The technology would allow you to perform every task you can do via touch or voice with your mind. You could open an app of choice, play a specific video on some futuristic version of YouTube, and even edit images with your thoughts. You could also send a text, control the screen brightness, or create a movie from the videos you’ve captured you get the picture. Using smartphones would be a lot faster with mind control. You’d no longer have to search for an app to open it or stretch your finger all the way to the top of the screen to tap it. You could perform any task in a heartbeat. Things could be quite different in the future. A company called Energous is developing technology to charge devices over the air. Place your phone within three feet of the WattUp Mid Field transmitter and it will start charging right away. The next big thing in display technology shortly seems to be flexible displays. We’ve already seen a few foldable phones including the Royole FlexPai, Samsung Galaxy Fold, and Huawei Mate X. When I think about the next technological breakthrough in this area decades away  I envision stretchable phones. Instead of unfolding a phone for more screen like with the FlexPai, you’d stretch it out to increase its size, sort of like a rubber band. All you’d have to do is pull the phone from two of its corners diagonally. 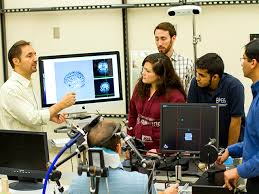 Thereafter, you can trade files easily. The best thing about is that the app can push even unsupported files of a device, for example, an MP3 file for the Apple devices. These files can then remain on your devices by sharing them to your iCloud account and then through apps such as Gmail. Another alternative way of sharing information is the Push Bullet app. Push Bullet allows for the sharing of files between multiple devices such as links, and text all at the same time. This app is available for both iOS and Android. This application is also available for Windows and Mac users for simplified sharing straight from your desktop.

Other new ways of sharing information include the Xender and Portal app. The Xender app has a business-like user face, which allows for viewing of all documents, music, files, and images by switching from one tab to the next. It is similar to AirDrop apart from a few differences such as app navigation. Portal is an app that can save the images and music directly to your device after sharing. It has a simple user interface and it is a quick option for those who do not want to bother learning several new features associated with new apps. More than that, if the device user is using Android Lollipop or newer, then shared files can be saved directly to your memory card provided that it is programmed to do so via mobile. Several more apps can be used to communicate and share as opposed to the regular phone call and text. In the office, Facebook has come up with Workplace for easy catch-up methods and group chats by employees within certain groups and departments with easy sharing styles to communicate fresh ways of working on projects together.