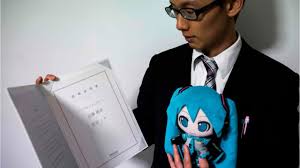 Japanese man marries anime hologram of Hatsune Miku
One Japanese man has taken the plunge into robot-human partnership. Akihiko Kondo, from Tokyo, has married his Gate box Virtual Robot. The Gate box Virtual Robot was designed to be a companion for people who want to give up on dating, but do not want to be lonely. Gate box can text Kondo while he is at work, turns on lights when he is coming home, brush her teeth with him, carry on a conversation and more.


Akihiko Kondo wakes up every day to the sound of his wife's Miku voice. She calls him from across the room in her high-pitched, girlish, sing-song voice. She dances and swirls around, urging him to get out of bed. 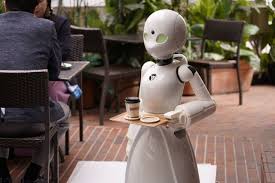 Why married with virtual characters:
In Asia, Japan and South Korea, people are quite obsessed about this high salary and this tendency is not getting any weaker, it's getting stronger.


Japanese women tend not to believe in eternal love, but they can trust money.
This sounds like a sweeping statement - one that comes close to blaming a generation of women for the problem - but Yamada says it's a conclusion he has drawn after extensive surveys.
In Japan working life is very, very hard and there is still a lot of sexual discrimination. Working hours are very long and there's lots of stress.
Also, the burden of childcare is still firmly on the mother. Long hours, high-stress workplaces and long commutes make life difficult for working mothers. The easier option is to quit - but that's not possible unless your partner earns a certain amount of money.
At the same time there's a dwindling pool of well-paid men: as Japan's economy stagnates, wages are falling.
The result is an increasing number of young women who choose not to date and an increasing number of young men who know enough not to bother trying.