What technologies should scientists develop for people to live on mars ?

When we look at the earth we see a dying earth. we have discovered that earth is not only the planet.
so migration from this  planet has a huge chance .
so why not Mars .What are things that we  might need to live on mars .

In order to survive in any colony we  need the basic utilities to support human civilization. These would need to be designed to handle the harsh Mars  environment and would either have to be serviceable whilst wearing an EVA suit or housed inside a human habitable environment. For example, if electricity generation systems rely on solar power, large energy storage facilities will also be needed to cover the periods when dust storms block out the sun, and automatic dust removal systems may be needed to avoid human exposure to conditions on the surface. If the colony is to scale beyond a few people, systems will also need to maximize use of local resources to reduce the need for resupply from Earth, for example by recycling water and oxygen  .we can create inventions that can be used in Mars .Secondly we can create such kind of machine that creates water from any form(solid or liquid) that fits human needs and health,so recycling will be no needed.
Moreover we can create a facility in which we can grow any kind of fruit or vegetable we need or want to eat.Or else we could just create food that lasts longer and nutrional that we can supply from earth . 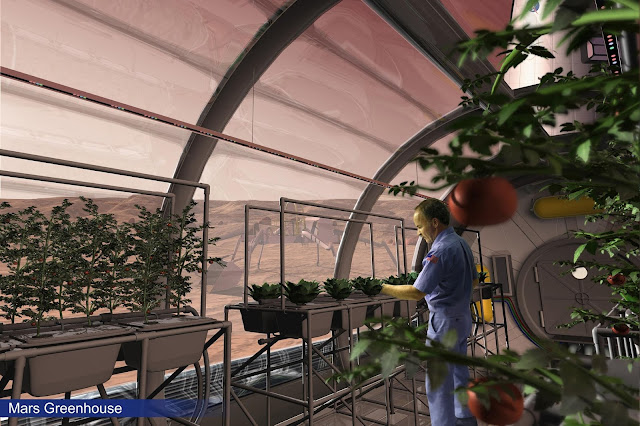 Communications with Earth are relatively straightforward during the half-sol when Earth is above the Mars  horizon. NASA and ESA included communications relay equipment in several of the Mars orbiters, so Mars already has communications satellites. While these will eventually wear out, additional orbiters with communication relay capability are likely to be launched before any colonization expeditions are mounted. 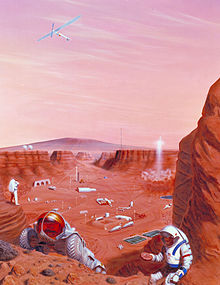