Variable differs from a Constant

Variable differs from a Constant
A variable is “variable” because its value varies. It can be changed at any time without issue. A constant is, well, constant. Its value will never change. The main difference between constant and variable in C programming is that a constant is similar to a variable, but it cannot be modified by the program once it is defined while the variable is a memory location that holds data. A constant refers to a fixed value, and it cannot be changed after defining.
What is the difference between a variable and a constant in C language?

A variable is “variable” because its value varies. It can be changed at any time without issue.
A constant is, well, constant. Its value will never change. It remains the same throughout the program. You can try to change the value of a constant indirectly through a pointer (foiling your compiler if it’s not too smart), but your program will still crash.
Why? Well, when a program is loaded into your computer’s RAM, it’s split into several segments - namely, the code, stack, and read-only data. This read-only data is protected by the CPU. Trying to read it will cause an exception which is directly routed to the OS, which will promptly kill the offending application. In variable, the value can be assigned and changed at any time. In constant the value won’t vary and cannot be changed by the user also, it remains constant throughout the program.
Also, the variable can be used without assigning a value(which is not recommended) but constant cannot be used empty because it has to be assigned a value once declared and cannot be changed at a later time.

Constants are a type of value used most often in mathematical expressions and equations. Like the name implies, constants do not change in value over time. Constants can be any type of number (not just an integer or fraction, for instance).
What are the Variables?
Variables are symbols that act as placeholders for numbers (or, potentially, strings and other data). Variables are usually visualized as letters or a phrase, and in certain cases, variables can have more than one possible value. Most often variables are used to indicate that a number in an equation or expression is not yet known.
Difference between Constants and Variables
Symbolization of Constants and Variables
1. Constants are usually written as a number, such as 12 or -4.23. However, some important constants can have names and unique symbols that are recognizable throughout mathematics and sciences. For instance, pi (symbolized as π) is a common constant in geometry, calculus, and other sciences. Because pi is an irrational number with a decimal expansion that continues infinitely without a repeating pattern, it cannot be fully written and is therefore simply indicated by its symbol or name.
Theoretically, a variable can be symbolized by anything except a constant number. Variables are most commonly written as a single letter, especially x and y. These letters can be chosen at random, and are simply placeholders for the actual value that the variable represents. In computer programming, variables are more commonly written as a phrase that refers to the purpose of the variable (such as bonus dollars or a number of employees). 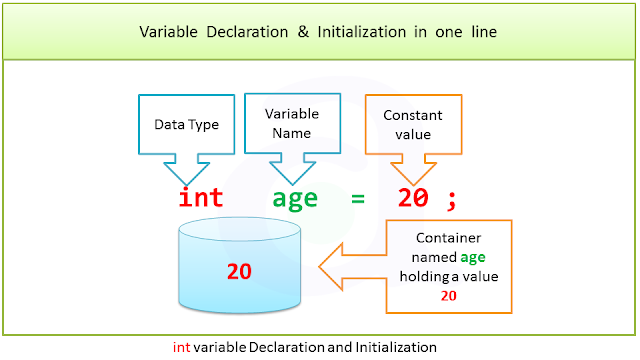 Summary of Constants and Variables
Constants and variables can both be loosely defined as elements of equations and expressions that represent certain values. However, they are distinct, complementary concepts that have important differences in their uses. Constants do not change over time. They are by definition numbers (or data) that are unchanging in an equation, expression, or piece of programming. Variables represent unknown or changing values. In math, constants are simply written as numbers, while variables are signified by letters or symbols. Variables typically represent unknown values or values that can be changed to reflect scientific conditions. Constants and variables have extra uses in computer programming compared to their uses in mathematics and sciences. Variables can be numbers, strings, or other information. A constant can be given a name or symbol just like a variable in most languages, but the value of the constant cannot be changed in later lines of code.
Read more: Difference Between Constants and Variables | Difference Between http://www.differencebetween.net/science/mathematics-statistics/difference-between-constants-and-variables/#ixzz5yAlYyIrV
several
Share this article :