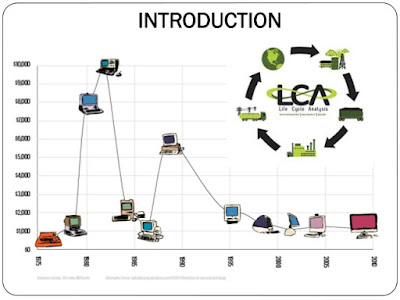 Computers are such an integral part of our everyday life now most people take them and what they have added to life totally for granted.The computer as we know it today had its beginning with a 19th century English mathematics professor name Charles Babbage.

The journey of the five generations of computers started in 1940 with vacuum tube for motherboard, and a magnetic drum for memory.
It was often huge, took entire room. These computers were quiet expensive as well as needed maximum amount of electricity.
The first computer depend on machine language, which was the lowest level programming to perform operations, also they could only solve one problem or a question at a time.
Inputs were established on punched cards and paper tape, whereas the outputs were displayed on printouts.

Transistors were contacted and placed on silicon chips, called semiconductors, which extremely increased the speed and efficiency of computers.
In the place of punched cards and printouts, keyboards and monitors are used in an operation system, which make the device easier to run many different applications at a moment.
This computer became more denuded because, it was smaller and cheaper than their predecessors.

In this generation the computer could fit the palm of the hand.
The Intel chips were located all the components of the computer from the central processing unit and memory to input/ output controls on a system chip.
The use of parallel processing and superconductors, helps to make artificial intelligence a reality.
The goal of third generation computer is to develop devices that respond to natural language input and which could be capable of learning and self-organization.