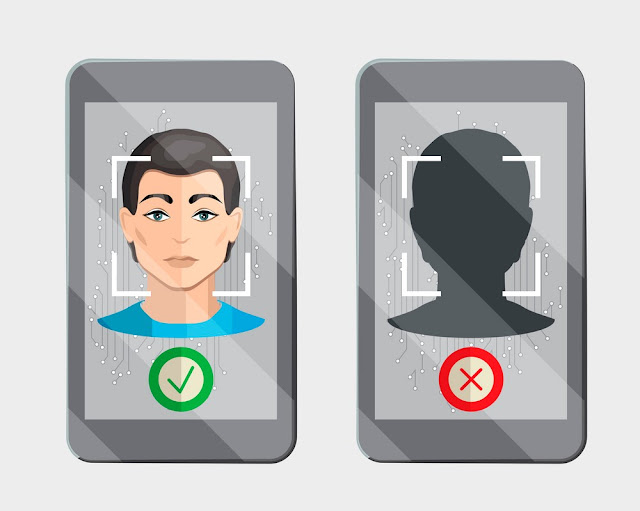 Face ID is a facial recognition system designed and developed by Apple Inc. for the iPhone (X, XR, XS & XS Max) and iPad Pro (third generation). The successor to Touch ID, the system allows bio-metric authentication for unlocking a device, making payments, and accessing sensitive data, as well as providing detailed facial expression tracking for Animoji and other features. Initially released in November 2017 with the iPhone X, it has since been updated and introduced to all new iPhone and iPad Pro models.
The Face ID hardware consists of a sensor with three modules; one projects a grid of small infrared dots onto a user's face whose name is dot projector, the other module called the flood illuminator reads the resulting pattern and generates a 3D facial map, and the third one is the infrared camera which takes an infrared picture of the user. This map is compared with the registered face using a secure subsystem, and the user is authenticated if the two faces match sufficiently. The system can recognize faces with glasses, clothing, makeup, and facial hair, and adapts to changes in appearance over time.
Face ID has sparked a number of debates about security and privacy. Apple claims it is significantly more advanced than Touch ID and has far fewer false positives in general, though Face ID has shown mixed results when trying to separate identical twins. Multiple security features largely limit the risk of the system being bypassed using photos or masks, and only one proof-of-concept attempt using detailed scans has succeeded. Debate continues over the lack of legal protections offered by biometric systems as compared to passcode authentication in the United States. Privacy advocates have also expressed concern about third-party app developers' access to "rough maps" of user facial data, despite rigid requirements by Apple of how developers handle facial data.