The history of computer


First programmable computer The Z1 was created by German Konrad Zuse in his parents' living room between 1936 and 1938. The computer performed its first calculation on May 6, 1949, and was the computer that ran the first graphical computer game, nicknamed "Baby". Around the same time, the Manchester Mark 1 was another computer that could run stored programs.
Z1 was a machine of about 1000 kg weight, which consisted of some 20000 parts. It was a programmable computer, based on binary floating-point numbers and a binary switching system. It consisted completely of thin metal sheets, which Zuse and his friends produced using a jigsaw. The [data] input device was a keyboard. The Z1’s programs (Zuse called them Rechenpläne) were stored on punch tapes by means of an 8-bit code. 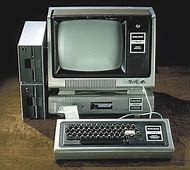 Construction of the Z1 was privately financed. Zuse got money from his parents, his sister Lieselotte, some students of the fraternity AV Motive (cf. Helmut Scheryer ) and Kurt Pannke (a calculating machine manufacturer in Berlin) to do so.
Zuse constructed the Z1 in his parent's apartment; in fact, he was allowed to use the living room for his construction. In 1936, Zuse quit his job in airplane construction in order to build the Z1.
Zuse is said to have used "thin metal strips" and perhaps "metal cylinders" or glass plates to construct Z1. There were probably no commercial relays in it (though the Z3 is said to have used a few telephone relays). The only electrical unit was an electric motor to give the clock frequency of 1 HZ (cycle per second) to the machine.
'The memory was constructed from thin strips of slotted metal and small pins, and proved faster, smaller, and more reliable, than relays. The Z2 used the mechanical memory of the Z1, but used relay-based arithmetic. The Z3 was experimentally built entirely of relays. The Z4 was the first attempt at a commercial computer, reverting to the faster and more economical mechanical slotted metal strip memory, with relay processing, of the Z2, but the war interrupted the Z4 development.
The Z1 was never very reliable in operation because of poor synchronization caused by internal and external stresses on the mechanical parts.
Hawwa Hamza
ACFS BATCH 1