Hypothesis
What a hypothesis is?


1. A supposition or explanation (theory) that is provisionally accepted to interpret certain events or phenomena, and to provide guidance for further investigation. A hypothesis may be proven correct or wrong and must be capable of refutation. If it remains unrefuted by facts, it is said to be verified or corroborated. 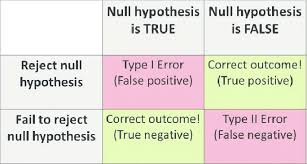 The hypothesis is generated via several means but is usually the result of a process of inductive reasoning where observations lead to the formation of a theory. Scientists then use a large battery of deductive methods to arrive at a hypothesis that is testable, falsifiable and realistic. Every true experimental design must have this statement at the core of its structure, as the ultimate aim of any experiment.
Our hypothesis should:
Hypothesize about a proposed relationship between two variables, or intervention into this relationship hypothesis. 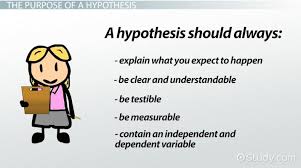 Hypotheses, in a scientific context, is a testable statement about the relationship between two or more variables or a proposed explanation for some observed phenomenon. In a scientific experiment or study, the hypothesis is a brief summation of the researcher's prediction of the study's findings, which may be supported or not by the outcome. Hypothesis testing is the core of the scientific method.
The researcher's prediction is usually referred to as an alternative hypothesis, and any other outcome as the null hypothesis basically, the opposite outcome to what is predicted. (However, the terms are reversed if the researchers are predicting no difference or change, hypothesizing, for example, that the incidence of one variable will not increase or decrease in tandem with the other.) The null hypothesis satisfies the requirement for falsifiability: the capacity for a proposition to be proven false, which some schools of thought consider essential to the scientific method. According to others, however, testability is adequate, because if there is sufficient support for a hypothesis it is not necessary to be able to conceive of a contrary outcome.