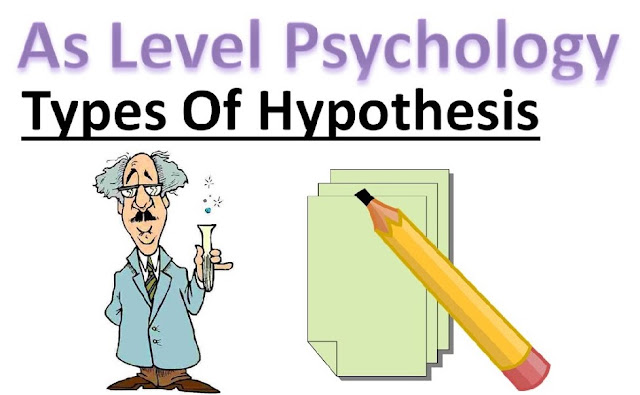 Directional hypothesis: A directional hypothesis is a prediction made by a researcher regarding a positive or negative change, relationship, or difference between two variables of a population. A directional (or one-tailed hypothesis) states which way you think the results are going to go, for example in an experimental study we might say…”Participants who have been deprived of sleep for 24 hours will have more cold symptoms in the following week after exposure to a virus than participants who have not been sleeping deprived”; the hypothesis compares the two groups/conditions and states which one will ….have more/less, be quicker/slower, etc.
If we had a correlational study, the directional hypothesis would state whether we expect a positive or a negative correlation, we are stating how the two variables will be related to each other, e.g. there will be a positive correlation between the number of stressful life events experienced in the last year and the number of coughs and colds suffered, whereby the more life events you have suffered the more coughs and cold you will have had”. The directional hypothesis can also state a negative correlation, e.g. the higher the number of face-book friends, the lower the life satisfaction score ” 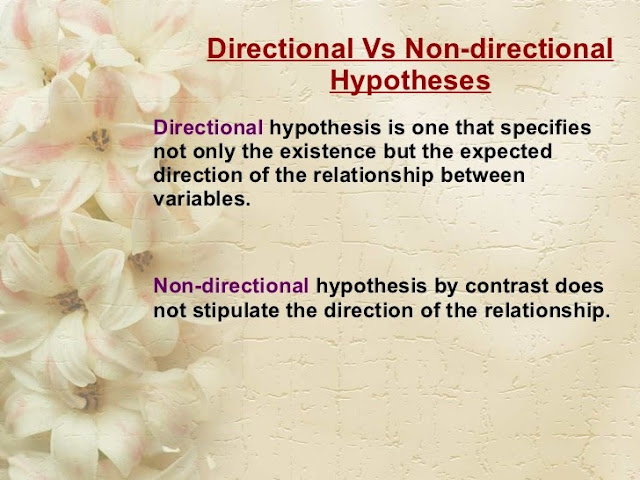 Non-directional hypothesis: A two-tailed non-directional hypothesis predicts that the independent variable will have an effect on the dependent variable, but the direction of the effect is not specified. E.g., there will be a difference in how many numbers are correctly recalled by children and adults. A non-directional (or two-tailed hypothesis) simply states that there will be a difference between the two groups/conditions but does not say which will be greater/smaller, quicker/slower etc. 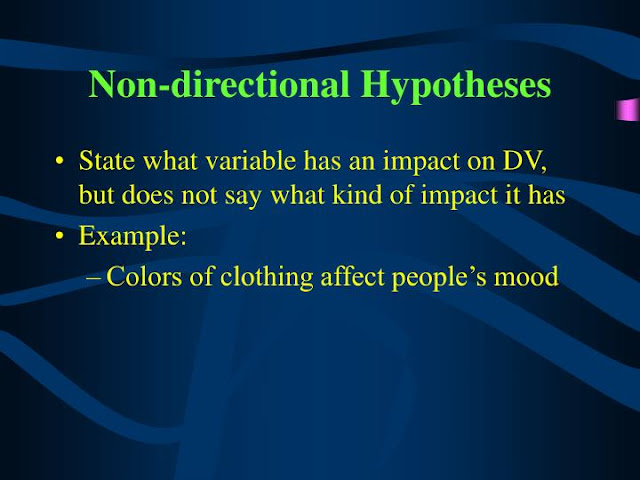